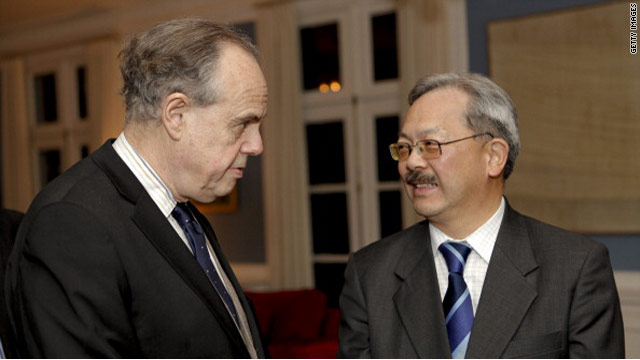 Census: 49 million in poverty
“New estimates released Monday show that the number of Americans living in poverty was higher than previously estimated, and stands at 49.1 million, according to the Census Bureau. The nearly-50 million people who live below the poverty line represents 16 percent of all Americans.” –Politico

Study: Widespread sexual harassment of students
“Nearly half of 7th to 12th graders experienced sexual harassment in the last school year, according to a study scheduled for release on Monday, with 87 percent of those who have been harassed reporting negative effects such as absenteeism, poor sleep and stomachaches.” - The New York Times

Gary Locke visits ancestral home in China
“The U.S. ambassador to China, Gary Locke, went home Friday. He didn't return to Seattle, his old stomping ground, but to his ancestral village in southern China. It was his third trip back, though his first since being appointed ambassador.”  –National Public Radio

College food reflects student diversity at UCLA
“Don't look for macaroni and cheese, hamburgers or tuna melt sandwiches at the renovated dining commons at UCLA's Rieber Hall dormitory. Instead, a hungry student will find such dishes as spinach and seaweed roll, pork ramen with miso, Buddha's delight and chicken tikka masala. The upscale dining hall, which opens this week, is part of a trend by colleges nationwide to replace old-style cafeterias and 'mystery meat' offerings with innovative, often ethnic fare more likely to appeal to undergraduates' increasingly sophisticated palates and desire for healthier food. … The changes at Rieber are also a response to demographics: About 40% of UCLA's 27,000 undergraduates are Asian American or international students from Asia.” –The Los Angeles Times