Minorities underrepresented on Walk of Fame

Colombian singer and musician Shakira will join a select group when she gets a star on the Hollywood Walk of Fame today, in more ways than one. She'll be one of just 77 Latino performers to have a star by the end of 2011, according to a recent CNN analysis.

CNN’s analysis did identify an upward trend, as Latinos, African-Americans and Asians shares of honorees have increased each decade since the 1980s.

END_OF_DOCUMENT_TOKEN_TO_BE_REPLACED

(CNN) - The state senator who wrote Arizona's controversial immigration law faces a recall election Tuesday in what is considered a referendum on public support for tough measures against illegal immigrants.

The heated campaign has included accusations of dirty tricks, with Lewis supporters saying a third candidate who later dropped out but remains on the ballot - Olivia Cortes - was intended to siphon votes from Lewis.

In recent days, Lewis supporters complained of campaign robo-calls that they said targeted Hispanic voters and advised them to protest the election because no Democratic candidate was running. To Lewis supporters, the calls were an attempt to dissuade likely Pearce opponents from voting for Lewis. 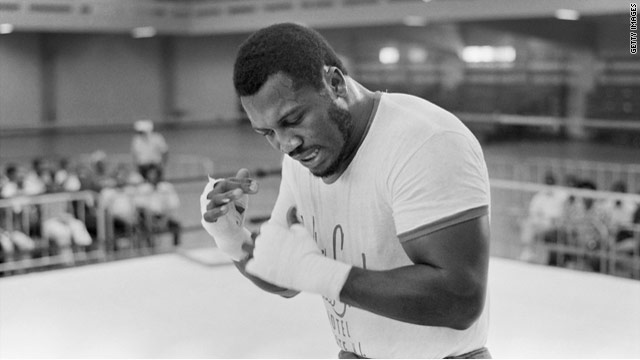 Heavyweight boxing champion 'Smokin" Joe Frazier dies of liver cancer at 67
"He beat Muhammad Ali in the Fight of the Century, battled him nearly to the death in the Thrilla in Manila. Then Joe Frazier spent the rest of his life trying to fight his way out of Ali's shadow. That was one fight Frazier never could win. He was once a heavyweight champion, and a great one at that.” - Sports Illustrated

Study: Whites more likely to abuse drugs than blacks
"Black youth are arrested for drug crimes at a rate ten times higher than that of whites. But new research shows that young African Americans are actually less likely to use drugs and less likely to develop substance use disorders, compared to whites, Native Americans, Hispanics and people of mixed race… Native American youth fared worst, with 15% having a substance use disorder, compared to 9.2% for people of mixed racial heritage, 9.0% for whites, 7.7% for Hispanics, 5% for African Americans and 3.5% for Asians and Pacific Islanders."  - Time

END_OF_DOCUMENT_TOKEN_TO_BE_REPLACED 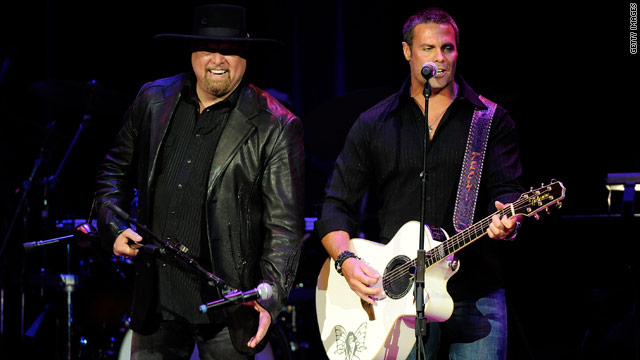 Editor's note: LZ Granderson, who writes a weekly column for CNN.com, was named journalist of the year by the National Lesbian and Gay Journalists Association and is a 2011 Online Journalism Award finalist for commentary. He is a senior writer and columnist for ESPN the Magazine and ESPN.com and the 2009 winner of the Gay and Lesbian Alliance Against Defamation award for online journalism. Follow him on Twitter at @locs_n_laughs

Grand Rapids, Michigan (CNN) - On November 8, 1965, 48 American soldiers lost their lives during "Operation Hump" after the 400 men of the 173 Airborne Brigade were ambushed by roughly 1,200 Viet Cong fighters.

I did not learn about this battle from a history book or teacher in school, but rather a popular country song - "The 8th of November" by the duo Big and Rich.

Whenever someone asks me why I love country music, I think of songs like that one, and Tim McGraw's "If You're Reading This," and the Dixie Chicks' "Traveling Soldier" - each with lyrics that capture the toll war has taken on this nation's soul.

Now, it would be disingenuous of me to pretend a black guy from Detroit listening to country is the norm. It's not, and I know it.

But I'm not trying to be something that I'm not.

Editor’s Note: Kimberly Kelly is an assistant professor of sociology and gender studies in Mississippi. Her research and publication focuses on gender inequality and reproductive politics. She is working on a book, “In the Name of the Mother: Gender and Religion in the Crisis Pregnancy Center Movement.”

On Tuesday, Mississippi voters can decide whether the state's constitution should define personhood as "every human being from the moment of fertilization, cloning or the function equivalent thereof." If approved, it would make it impossible to get an abortion, and hamper the ability to get some forms of birth control. Click here to read an argument in favor of the amendment.

By Kimberly Kelly, Special to CNN

(CNN) - Ten years ago, when I was a broke graduate student working to become a college professor, I became pregnant. I already worked two jobs to make ends meet and could barely make it. I had no health insurance. Most importantly, I was not ready to be a mother and I wasn’t sure I ever wanted to be. Deciding what to do, whether to risk my education and career and gamble on a life path I was ambivalent about at best, was the single hardest thing I have ever done.

After carefully considering abortion, adoption and parenting, I decided to continue the pregnancy and am a single mother to someone I love more than anything in this world. It was my life and body, and my responsibility to make that call.

END_OF_DOCUMENT_TOKEN_TO_BE_REPLACED

Editor’s Note: Dr. Freda Bush is an OB-GYN who practices in Jackson, Mississippi. She is a former presidential appointee to the Presidential Advisory Council on HIV/AIDS from 2006-2009, and a speaker and author on issues connected to sexuality.

On Tuesday, Mississippi voters can decide whether the state's constitution should define personhood as "every human being from the moment of fertilization, cloning or the function equivalent thereof." If approved, it would make it impossible to get an abortion, and hamper the ability to get some forms of birth control. Click here to read an argument in opposition of the amendment.

(CNN) - As a Christian, a black American woman, mother, grandmother and OB-GYN, I know that every person is valuable and has a right to life.

I know I have become a better person because I sacrificed myself for my four children. Mothers take care of their children, teach and guide them until they can care for themselves. My mother, who had nine children, said, "A mother carries a child under her heart for nine months, then in her heart for the rest of her life."

Mississippi’s Amendment 26 recognizes a human being as a person from the beginning of their biological development to their natural end, regardless of the means by which they were procreated or method of reproduction, thereby giving the person legal protection. No one has the right to take the life of an innocent human being.