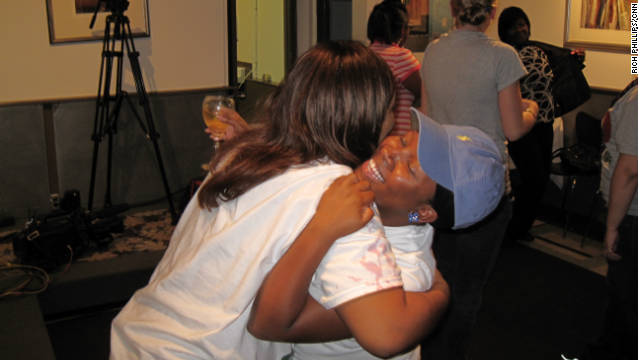 Activists celebrate the defeat of Mississippi's amendment 26 on Tuesday night in Jackson.
November 9th, 2011
11:51 AM ET

Mississippi voters’ rejection yesterday of a ballot initiative that would have bestowed "personhood" on any fertilized human egg is being celebrated by the measure’s opponents. But its supporters, including a nationwide group that advocates for laws declaring life begins at conception, are not giving up. Personhood USA said it plans to introduce similar measures in Florida, Montana and Ohio next year, but many are analyzing why this round failed.

The initiative, known as amendment 26, would have effectively banned abortion in the state and restricted certain methods of contraception and fertility treatments. It also could have become a challenge to federal laws establishing the legality of abortion. Supporters believed the amendment was necessary to prevent what they perceive as the killing of unborn children.

Opponents criticized the measure as too vague, because the details of how it would be codified and enforced would have been left up to the state legislature. Others condemned the proposal as an attempt to exert unprecedented control over a woman’s body. Some national anti-abortion groups were against the measure on the grounds that it could lead to a Supreme Court case that could end up bolstering Roe v. Wade, the case that established women's constitution right to terminate pregnancies.