WASHINGTON (CNN) - As New York authorities investigate what appears to be the nation's latest hate crime, the FBI's annual hate crime report, released Monday, shows no significant change in the level of crimes motivated by bias.

The FBI reports the number of U.S. hate crimes  - offenses as a result of bias toward race, religion, sexual orientation, ethnicity or national origin, physical or mental disability - totaled 6,628 in calendar year 2010. That's slightly above the 6,604 total hate crimes reported during 2009.

The largest category of hate crimes involved race, accounting for nearly half of more than 6,000 incidents. Figures roughly reflected the nation's overall population, with 58% of known offenders classified as "white" and 18% listed as "black."

END_OF_DOCUMENT_TOKEN_TO_BE_REPLACED 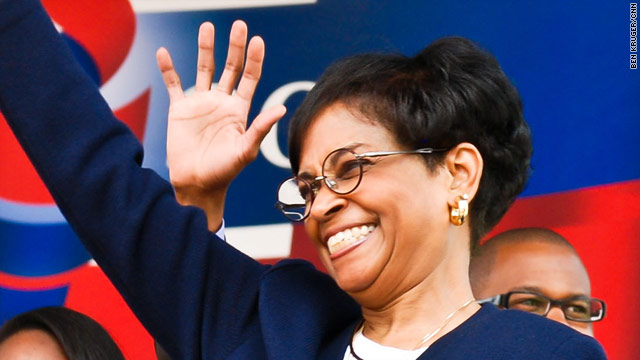 Can Herman Cain’s wife  defuse sexual harassment allegations?
Gloria Cain appears on Fox News Channel Monday night, when she'll defend her husband, saying he "totally respects women" - even as support from Republican women for Cain has dropped. Meanwhile,  Anita Hill avoids the inevitable comparison, noting only that charges of sexual misconduct are weigh differently now than when she raised them against Clarence Thomas 20 years ago.   - The Washington Post, CBS News, Time

END_OF_DOCUMENT_TOKEN_TO_BE_REPLACED

Does race matter in Silicon Valley?

Stephan Adams is the managing partner of ValenciaVentures, a venture capital firm focused on funding women- and minority-led tech startups. When pitching a business to venture capitalists, he said, he thinks about passion, confidence and money. What he doesn't think about? Race.

What do you think? Tell us in the comments: Do race, ethnicity and gender matter in Silicon Valley?