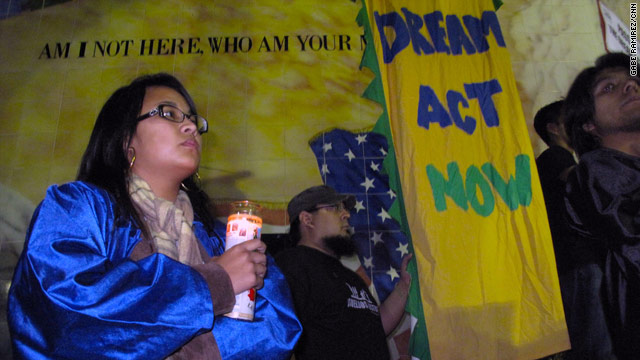 Survey: Ethnic divide on California Dream Act
The Los Angeles Times reports that 79% of Latinos and 30% of whites approve of a new California law that would "permit undocumented students who graduated from California high schools and meet other requirements to receive taxpayer aid to attend the University of California, Cal State and community colleges starting in 2013." - The Los Angeles Times

Meet the African-American 1%
Who are the top-earning blacks? They account for 1.4% of the top 1% of households by income. This is the first in a three-part series.  - TheGrio.com

School inspired by Cuban exiles celebrates 50th anniversary
"The Mass, celebrated by Archbishop Thomas Wenski, also marked the closing of the weekend convention that reunited hundreds of exiles who from 1960 to 1962 left Cuba without their parents in what came to be known as Operation Pedro Pan." - The Miami Herald