Is Jennifer Lopez still at home on the block?

Jenny’s come a long way from her block in the Bronx - maybe too long?

Singer and actor Jennifer Lopez, who once told fans not to be “fooled by the rocks that I got,” found herself in the middle of a controversy recently: Can she still be Jenny from the block if she can't even come home to film an advertisement?

After she sealed an endorsement deal with Italian carmaker Fiat, one of her commercials featured her in the Bronx, where she grew up. The commercial shows Lopez driving through streets lined with bodegas, beauty shops, bucket drummers and dancing children. The song, “Until It Beats No More,” from her new album “Love?” plays in the background.

“This place inspires me to be tougher, to stay sharper, to think faster,” Lopez says in a voiceover. “They may be just streets to you, but to me, they’re a playground.”

But the woman in the car wasn't Lopez.

END_OF_DOCUMENT_TOKEN_TO_BE_REPLACED

Can a former skinhead erase the hate?

"I changed my heart years ago," Bryon Widner said.

Widner was former skinhead and neo-nazi, covered in racist tattoos and filled with hate. He had a change of heart, though, and sought to remove the tattoos - a way to show on the outside how he'd changed inside.

He is now starting a new life with his wife and children, although his family is still sometimes harassed, and many wonder whether he could really change.

"The only way to defeat hate is through love," Widner said. 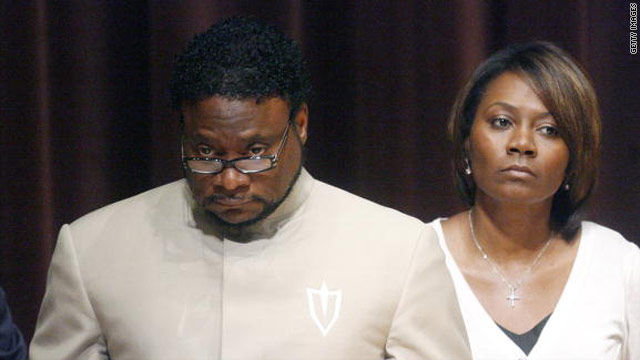 Eddie Long's wife, Vanessa Long, files for divorce more than a year after sexual allegations against the preacher - 11alive.com

Pew Study: "Nearly two-thirds of the 10.2 million unauthorized adult immigrants in the United States have lived in this country for at least 10 years and nearly half are parents of minor children" - National Public Radio

ACLU: New details about FBI's alleged illegal use of outreach to Muslims, other groups - The Washington Post

Chandler Burr, an American father, is fighting the Colombian government for custody  his adoptive sons after authorities discovered he is gay.