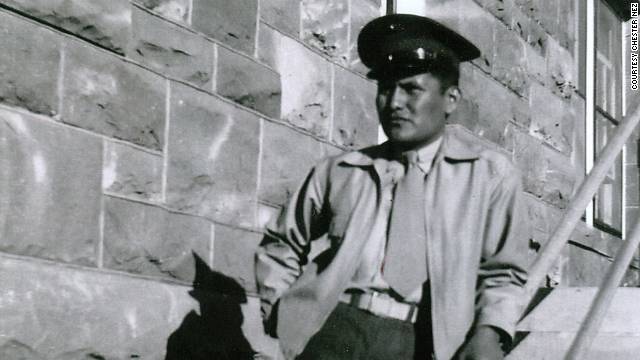 Chester Nez was a World War II Navajo Code Talker, but wasn't allowed to share the secret for decades.
December 4th, 2011
05:01 AM ET

Decoding history: A World War II Navajo Code Talker in his own words

Chester Nez was barely out of his teens when he joined the Marines in a role that would help the United States and its allies win World War II, a role that stayed secret for decades.

Nez was one of 29 members of the Navajo tribe that developed a military communications code based on the Navajo language. It was that same language that Nez and his friends were forbidden to speak when they were students at government-run boarding schools for Native American children.

Military authorities chose Navajo as a code language because it was almost impossible for a non-Navajo to learn and had no written form. It was the only code the Japanese never managed to crack. The code talkers themselves were forbidden from telling anyone about it - not their fellow Marines, not their families - until it was declassified in 1968.