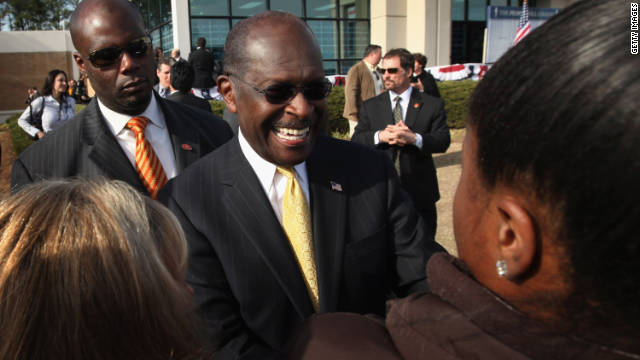 Herman Cain's candidacy, which he suspended Saturday, resonated among some black conservatives.
December 5th, 2011
11:17 AM ET

Young Republicans on Cain: 'It can be rough ... being a black conservative'

Washington (CNN) - As the now-former presidential hopeful Herman Cain moves to Plan B, black conservatives say it's time to stick with their Plan A, and use the leverage that the GOP candidate gave them.

"The movement should ...work actively, consistently, and thoroughly to bring the conservative message to new audiences with a firm grasp of the issues," conservative commentator Lenny McAllister said.

But Cain's rise in the polls - strong enough to have been taken seriously as a legitimate candidate — seems as unlikely as the rise of a young, black conservative Republican movement.

Both seem an anomaly, especially among the African-American community.

"It can be rough out there being a black conservative, particularly in Washington D.C. and New York City," said Crystal Wright, who runs the blog ConservativeBlackChick.com. "We're angry, we're frustrated and we want to do something about it."