Monica Alcota, right, can remain in the U.S. with her wife, Cristina Ojeda, after Alcota's immigration case was dropped.
December 6th, 2011
10:17 PM ET

New York (CNN) - A New York woman releases a deep sigh of relief as she reflects on a court ruling that her spouse will not be torn from her by the looming threat of deportation.

"Now we can make plans, and we have all the time in the world," Cristina Ojeda, 26, tells CNN.

Monday, she received a letter confirming the ruling by Immigration Judge Terry Bain that will allow her wife, Argentina-born Monica Alcota, 36, to stay in the United States, according to the couple's attorney, Lavi Soloway.

Soloway said this is the first time the government had asked an immigration court to close removal proceedings against a spouse in a same-sex couple since the Department of Homeland Security announced November 17 that a "working group" would be reviewing all pending immigration cases.

END_OF_DOCUMENT_TOKEN_TO_BE_REPLACED

(CNN) - Two weeks ago, Gulnare Free Will Baptist Church in Pike County, Kentucky, voted 9-6 to ban couples in interracial marriages from attending or participating in the church.

But on Sunday, the small church reversed its course.

Pastor Stacy Stepp told CNN affiliate WLEX on Sunday that the church voted unanimously to "accept all people regardless of race, creed, or color and to accept everyone into the fellowship of Christ."

"I tried everything in my power to try to resolve the matter before it got to where it did," Stepp told WLEX. 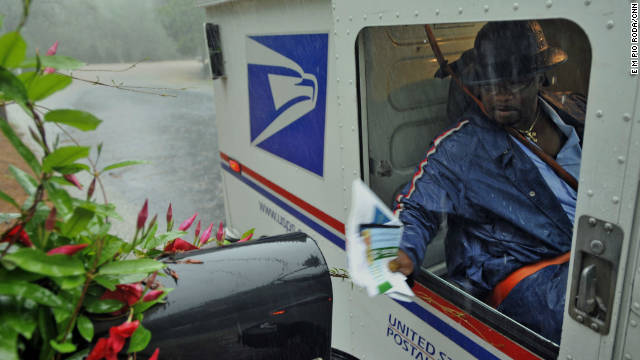 African-Americans make up a disproportionate number of U.S. Postal Service workers who could be affected by job cuts.
December 6th, 2011
11:19 AM ET

Near the 70th anniversary of attack on Pearl Harbor, a Japanese-American woman remembers the war - Kentucky.com

Nelson George's new book, "The Plot Against Hip Hop," is a novel, but it has one foot in the real world, the one in which hip-hop exists - including characters modeled on himself, and the real Russell Simmons. But modern hip-hop is meant more to make people dance or buy products, he said. Right now, he said, hip-hop doesn't reflect the realities of its listeners.