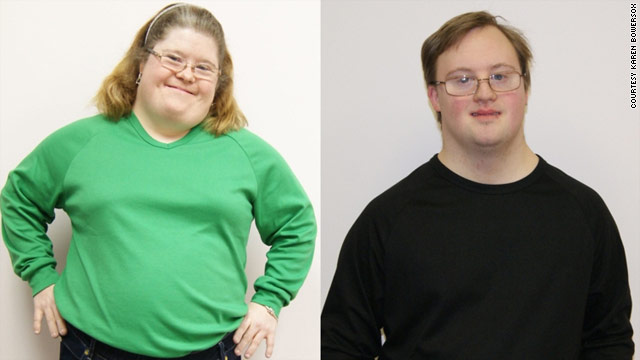 A perfect fit for those with Down syndrome

Its T-shirts and jeans meet the needs of people with Down syndrome.

“If I didn’t feel so sure of where we’re headed, I would never do this and risk what we have,” Bowersox said from a hotel room in Xintang, China, where she had been working with a jeans manufacturer. “I feel like a pit bull, because people better step aside and just let me get this job done.”

Bowersox created her company in 2010 to deal with a mundane yet agonizing problem – off-the-rack clothing would not fit her granddaughter, Maggie, who has Down syndrome.

Down syndrome’s best-known symptoms are those of intellectual impairment and facial differences – eyes that slant upwards, small mouths, and small, flat noses. But individuals with Down syndrome also have physical traits that make it difficult to find clothing that fits appropriately.

END_OF_DOCUMENT_TOKEN_TO_BE_REPLACED

Two years ago, Rev. Seth Kaper-Dale of The Reformed Church in Highland Park, New Jersey, made an agreement with authorities which allowed a community of Indonesians to live and work legally in the United States. The Indonesians were able to stay and work, but the authorities warned the permission could be revoked.

Kaper-Dale says that more than 70 of the Indonesians recently received deportation warning letters from the U.S. Department of Homeland Security stating that they might be deported.