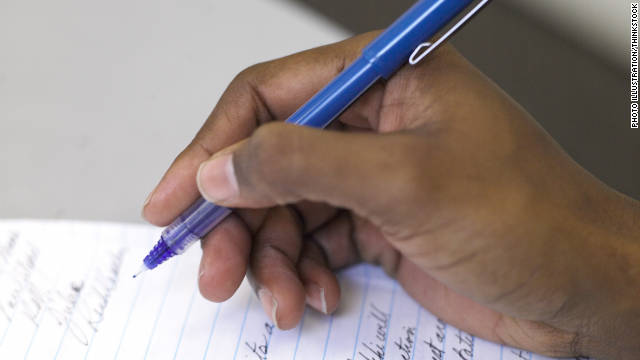 Editor's note: Baratunde Thurston is a comedian, writer, co-founder of the black political blog, Jack and Jill Politics and director of digital for The Onion. His first book, “How To Be Black,” will be published in February 2012 by Harper Collins.

By Baratunde Thurston, Special to CNN

The following letter is a response from a hypothetical child to Gene Marks' article in Forbes, titled "If I Were A Poor Black Kid." While completely fabricated, the letter below has a stronger basis in reality than does Marks'. In his article, Marks, a business and technology contributor to Forbes, argues poorly that poor black children should use technology to improve their station in life. The article is terrible.

I am a poor black kid. I don't have great parental or educational resources. I'm not as smart as your kids. These are facts. In 2011.

The one smart thing I do everyday is read Forbes. It's what all us poor black kids do. Forbes is constantly reporting on issues of relevance to me and my community. This week, I found your article "If I Were A Poor Black Kid" printed out and slid under my door like all Forbes articles.

Thank you Mr. Marks. You have changed everything about my life. Thanks to your article, I worked to make sure I got the best grades, made reading my number one priority and created better paths for myself. If only someone had suggested this earlier.

END_OF_DOCUMENT_TOKEN_TO_BE_REPLACED 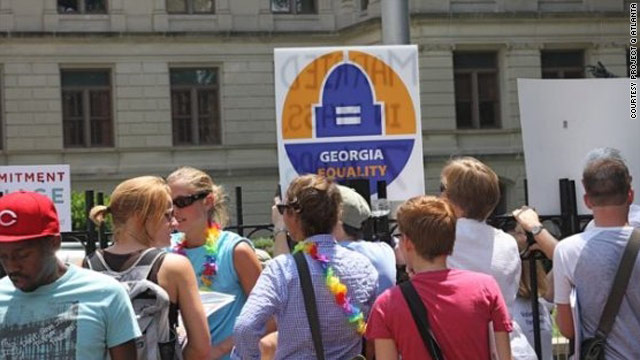 Editor’s Note: Jeff Graham is the executive director of Georgia Equality, an organization that works to advance fairness, safety and opportunity for gay, lesbian, bisexual and transgender communities in Georgia.  On December 14, he participates in CNN Dialogues, a panel discussion in Atlanta that will address the question, "Has wider exposure of LGBT issues made the American public more accepting of gay rights?"

By Jeff Graham, Special to CNN

In a few short weeks, I will celebrate 23 years of being blessed with a loving and supportive partner.  To us, the issue of marriage equality is of great personal and political importance. However, as a couple who calls Georgia home, the promise of applying for a civil marriage license remains a distant dream. In 1996, the Georgia Legislature voted overwhelmingly to outlaw same-sex marriage. In 2004, 76%  of our neighbors, family and coworkers voted to change the state constitution to forbid the passage of any future laws allowing for gay and lesbian couples to enter into marriages, civil unions or domestic partnerships.

Over the past few years, we have donated money to the fight for marriage equality in other states.  We shed tears of sorrow as we watched 28 other states, including California, pass constitutional amendments similar to Georgia’s.  We shed tears of joy at the victories allowing gay and lesbian families to seek various levels of legal recognition in 18 states and the District of Columbia, including the recent win to secure gay marriage in New York.  Next year, we will do the same as we wait to see how voters in Maine, Minnesota, North Carolina will decide the fate of tens of thousands of loving couples when they vote on amendments of their own.

END_OF_DOCUMENT_TOKEN_TO_BE_REPLACED 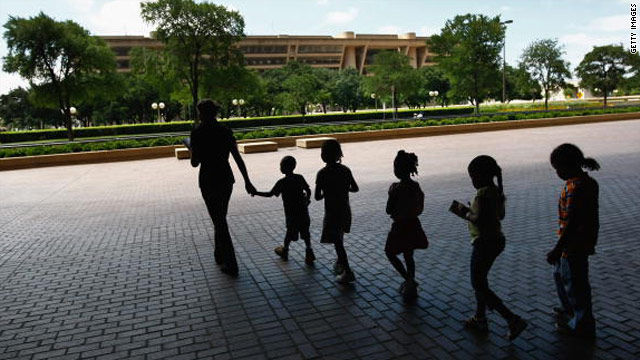 Number of homeless children at a record-high - USA Today

(CNN) - As a physician who has been on the front lines of the HIV/AIDS epidemic since its beginning in 1981, I have taken care of thousands of HIV/AIDS patients. I believe that the key to stopping the epidemic now depends upon zeroing in on HIV/AIDS discrimination and stopping it cold.

The Centers for Disease Control and Prevention reported in August that the number of new HIV infections is stabilizing at 50,000 per year, but there is an “alarming increase among young, black gay and bisexual men.”

It affects women, too. The CDC recently estimated the risk of black women contracting HIV was 15 times greater than for white women. For Hispanic women, it was three times higher.

In America, the battle against HIV/AIDS is at a pivotal moment. The current administration has developed a national AIDS strategy that has laudable goals like increasing access to care. However, this is not ambitious enough in an era in which testing and treatment holds the promise to halt new infections. There are groundbreaking opportunities for change, opportunities we ought to seize.