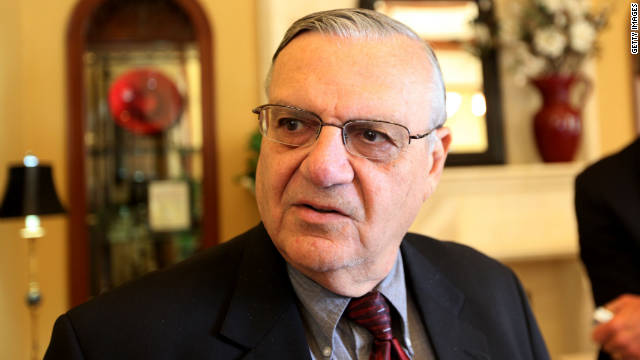 (CNN) - The Maricopa County Sheriff's Office, under the leadership of Sheriff Joe Arpaio, has engaged in systemic discrimination against Latinos with practices that violate federal law and the Constitution, the Justice Department announced Thursday.

A comprehensive investigation found that the practices include "unlawful stops, detentions and arrests of Latinos," according to a Justice Department statement.

It also noted that the sheriff's office has discriminated against "Latino inmates with limited English by punishing them and denying critical services."

It further blames office for allowing "specialized units to engage in unconstitutional practices" and for a lack of oversight and deputy training.

Assistant Attorney General Thomas E. Perez said the office's "systematic disregard for basic constitutional protections has created a wall of distrust between the sheriff's office and large segments of the community."

"The problems are deeply rooted in (Maricopa County Sheriff Office) culture, and are compounded by MCSO's penchant for retaliation against individuals who speak out," added Perez.

The initial inquiry began in June 2008 and reviewed tens of thousands of pages of documents and more than 400 interviews, including current and former inmates, as well as office personnel.

Authorities notified the sheriff's office of a formal investigation a year later, the release said.

Arpaio, whom the media has dubbed "America's toughest sheriff," is considered a hard-liner on illegal immigration in a state known for its tough 2010 law on the issue.

He's also a well-known and controversial personality, running for his sixth term as sheriff.

Thursday's statement coincides with recent calls for Arpaio's resignation following allegations that his office failed to "adequately investigate allegations of sexual assaults," according to the release.

He apparently defended himself in a news conference last week, pledging to investigate the alleged cases, according to media reports.