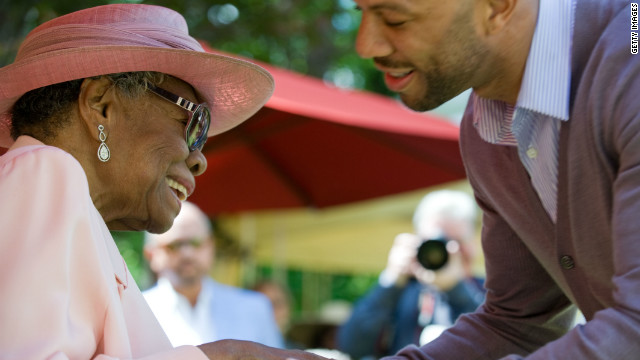 It was reported earlier this week that Dr. Maya Angelou was upset with the rapper Common over his use of the "N" word on his new album, but Angelou has since clarified that there isn't a dispute.

Common's just-released "The Dreamer/The Believer" features Angelou, 83, reciting a poem on the track "The Dreamer." The New York Post reported Sunday that Angelou was "horrified" that the rapper would have her appear on a song in which he uses the term.

The legendary poet was quoted as saying that she was "surprised and disappointed," adding, "I don't know why he chose to do that. I had never heard him use that [word] before. I had admired him so because he wasn't singing the line of least resistance."

On Monday, Angelou called in to BET's "106 & Park," where Common was talking about his new album, and, according to a statement, said "disappointed" was the wrong word.