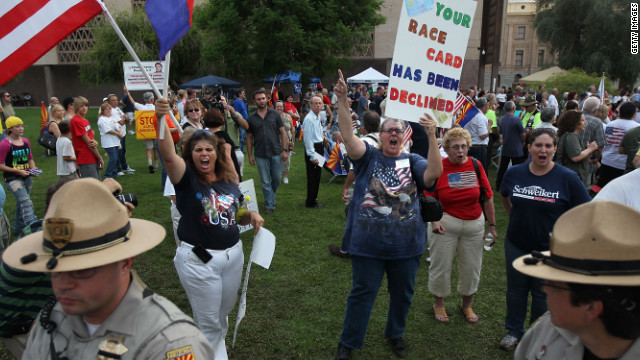 Supporters of Arizona's tough new immigration law rally in Phoenix when the law was proposed in 2010.
January 6th, 2012
05:00 AM ET

Opinion: Why is Arizona threatened by Mexican-American studies?

San Diego (CNN) - Who's afraid of a harmless course in Mexican-American studies?

Arizonans. That's who. It figures. In the immigration debate, the state that has demonstrated that it is terrified of changing demographics and determined to run off Latinos seems afraid of its own cultural footprint.

We're talking about courses in Mexican-American history being taught to high school students of all colors and backgrounds in the Tucson Unified School District.

Concerned that teachers are presenting material in a biased and inflammatory manner, a posse of elected officials, education bureaucrats and school board trustees - made up of Democrats and Republicans - are trying to shut down the district's Mexican-American studies program.