Opinion: What the deaths of two soldiers say about anti-Asian bullying

Editor's Note: Jeff Yang writes the column Tao Jones  for the Wall Street Journal Online,  is a regular contributor to WNYC radio, blogging for "The Brian Lehrer Show", and appears weekly on "The Takeaway".  He formerly wrote the  "Asian Pop" column for the San Francisco Chronicle and  was founder and publisher of A magazine.  He tweets @originalspin.

By Jeff Yang, Special to CNN

Two young soldiers, Private Danny Chen of Manhattan, New York and Lance Corporal Harry Lew of Santa Clara, California, volunteered for military service over the objections of their families. Both ended up being posted to remote parts of Afghanistan, deep in hostile territory and largely cut off from the world. Both subsequently experienced extended campaigns of harassment at the hands of their comrades-at-arms. And last year, both, it appears, were driven to take their own lives as a result.

Their shocking deaths have raised new questions about hazing in the armed forces — but the truth is, "hazing" isn't even the right word for what they experienced.

After all, hazing is generally part of a process of initiation, in which a newcomer voluntarily undergoes ritual abuse in order to win acceptance within a group.

There was nothing voluntary about the punishment Chen and Lew experienced, and it was designed to alienate them from their peers, not create a path to solidarity. In Chen's case at least, the program of isolation included being repeated called racial slurs like "gook," “chink” and “dragon lady" by his tormentors (all of whom were white).

The more appropriate term for what Chen and Lew faced is targeted bullying — and it's something that's hardly limited to the military.

END_OF_DOCUMENT_TOKEN_TO_BE_REPLACED

The flag of the beautiful and, according to John Avlon, complex state of South Carolina.
January 17th, 2012
12:10 PM ET

(CNN) - We're in the thick of the South Carolina Republican Primary, and all the ugly old stereotypes are being deployed as shorthand for one very beautiful state.

You know, the characterization of South Carolina as a swamp of sleazy politics and brutal attack ads, a Bible Belt bastion of rednecks and racism, a state defined by Bob Jones University.

Sometimes these stereotypes are floated in political conversation as evidence of how "real" the state is in determining the true feelings of the conservative base.

Yes, South Carolina is conservative - especially compared with Washington, Los Angeles and New York City. But it is complex and constantly evolving, containing one of the oldest cities in America and a growing population, especially along the coastline. My family moved there when I was 14, and we love the state - and especially the elegant, functional and lyrical city of Charleston - with the zeal of the converted. For my parents, it is home. 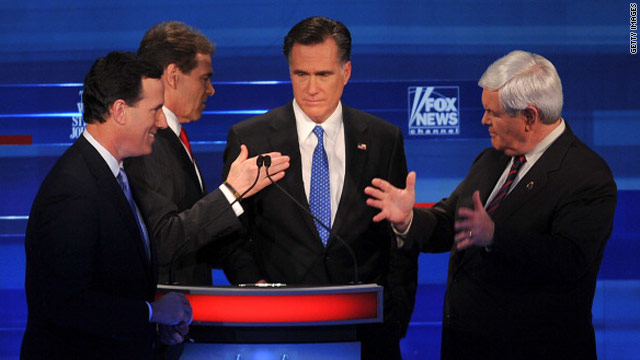 Bill Dwyre: As Muhammad Ali turns 70, a look at his nuanced legacy  - The Los Angeles Times

(CNN) - As Muhammad Ali stood up and slowly raised his right hand to greet friends in celebration of his 70th birthday at the Muhammad Ali Center in Louisville, Kentucky, last weekend his voice was silent. But the three-time heavyweight champion winked, smiled and engaged with those who came to support him.

His 70th birthday on Tuesday represents a poignant milestone for a man once known for his speed, wit, grace and fearlessness.

“My father is feeling very blessed and proud to be turning 70,” Ali’s daughter, Hana Ali, said.

Fifty years ago, Ali proclaimed himself “The Greatest” and millions of boxing fans around the world agreed. His charisma and courage made him the most famous figure on the planet.

Ali’s legacy began in 1942, when he was born Cassius Marcellus Clay Jr. in Louisville, Kentucky, during an ugly era of racial segregation in America. END_OF_DOCUMENT_TOKEN_TO_BE_REPLACED

Colchester, Connecticut (CNN) - Juliet Steer was dying of lymphoma when she told her brother Paul she wanted to be buried just like Jesus, following Jewish customs. Even though she’s a black Christian, she chose a plot in the secluded interfaith section of this quiet town's Jewish Ahvath Achim Cemetery.

“She felt like it was a nice and peaceful place,” Paul Steer said. Juliet liked the quiet. When she died, Paul had her buried in the plot, hopeful that she’d finally rest in peace.

But this Jewish cemetery in Colchester, Connecticut, has been anything but peaceful since one of its board members sued Paul Steer.  It’s now the center of a legal fight tinged with allegations of racial and religious prejudices.

Maria Balaban, a cemetery board member who has relatives buried there, is demanding Paul remove Juliet’s remains from the cemetery because she is not Jewish and has no ties to anyone in the Jewish section. Paul Steer believes part of the reason Balaban wants his sister's remains removed is because she was African-American.

“Her lawyer said ‘My client don’t believe your sister accepted the faith and she has to be exhumed.' I said, ‘What are you talking about?' 'Your sister don’t (sic) belong there, the cemetery is only for Jews,'” remembers Paul, whose family is of Jamaican descent. “I said, ‘Man, get out of here.’”

END_OF_DOCUMENT_TOKEN_TO_BE_REPLACED

Springfield, Massachusetts (CNN) – The phone rang at 3:00 am on Wednesday, November 5, 2008, hours after Barack Obama had been elected president. Bishop Bryant Robinson Jr. assumed this was his 6:00 a.m. wake-up call.

Robinson, the pastor at the Macedonia Church of God in Christ here, asked his brother Andrew to phone him so he wouldn’t oversleep. He told his brother just to let the phone ring a little while, as he planned to just get up and not answer.

So Robinson was a little annoyed when he heard the ringer again.

Not fully awake, he had trouble processing the voice on the receiver: “They are burning our church to the ground.”