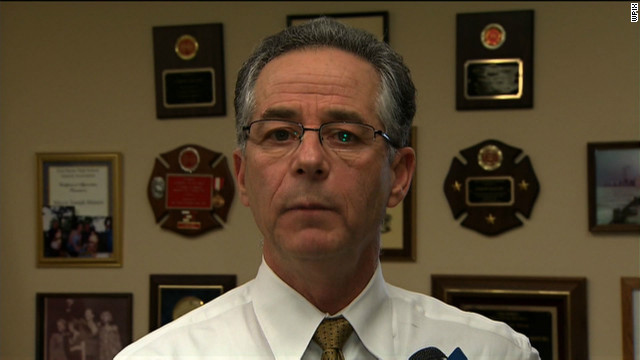 East Haven Mayor Joseph Maturo Jr. is being criticized for his response after being asked how he would support Latinos.
January 25th, 2012
11:57 AM ET

(CNN) - Connecticut's governor Wednesday slammed a local mayor's remark that he would eat tacos to support Latinos as "repugnant" and "unacceptable."

Gov. Daniel Malloy criticized East Haven Mayor Joseph Maturo Jr. after learning of the mayor's remarks following the arrests of three East Haven police officers and a sergeant for their alleged role in the mistreatment of Latinos.

In an interview with CNN affiliate WPIX, Maturo indicated that he saw no problem with not having any Latinos on the East Haven police force. When asked what he would do for the Latino community on Tuesday, Maturo said, "I might have tacos when I go home, I'm not quite sure yet."

Malloy said Maturo's remarks "represent either a horrible lack of judgment or worse, an underlying insensitivity to our Latino community that is unacceptable."

"He owes an apology to the community, and more importantly, he needs to show what he's going to do to repair the damage he's done. And he needs to do it today."