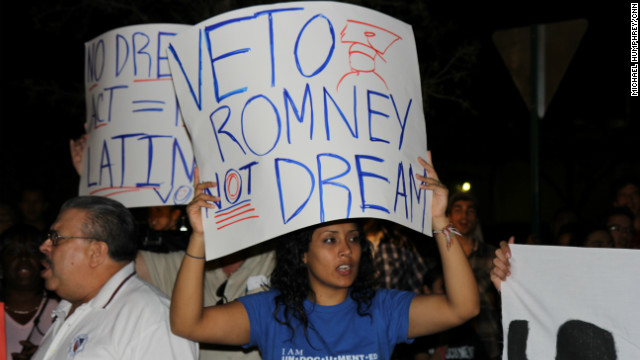 Latino demonstrators protested outside the GOP debate in Tampa on January 23.
January 25th, 2012
04:00 AM ET

Florida's Latino voters will be a factor in the primary

(CNN) - As the attention of the nation turns toward Florida ahead of its primary election, the Latino vote has emerged as an important factor.

For decades, Republican candidates could count on that vote to help them win elections in the Sunshine State, especially in the southern part of Florida where a strong Cuban-American community is a political force.

But a change has been brewing recently.