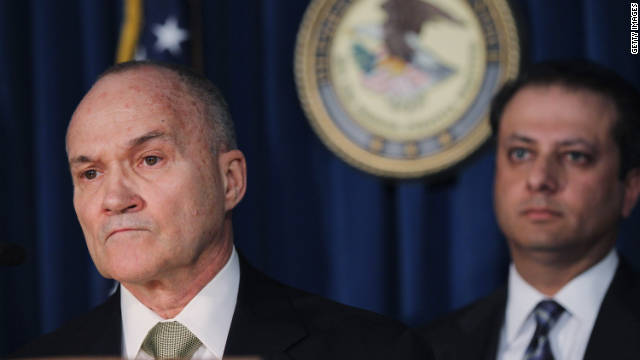 New York (CNN) - Two prominent Muslim civil liberties groups called for Police Commissioner Ray Kelly to resign on Thursday because of his participation in a film that they say paints all Muslims as terrorists.

"Involvement with 'Third Jihad' sends a clear message that the NYPD's dealings with New York's diverse Muslim communities are based on bigotry and blanket suspicion," the American-Arab Anti-Discrimination Committee (ADC) stated in a press release.

Muslim activists are also calling for Deputy Police Commissioner Paul Browne to resign, saying that he first denied and only later admitted that Kelly was interviewed for the film.

"They were not telling the truth about their involvement in the propaganda film against Muslims," said Nihad Awad, executive director of the Council on American-Islamic Relations (CAIR), adding that New York "deserves people they trust who do not discriminate against people."