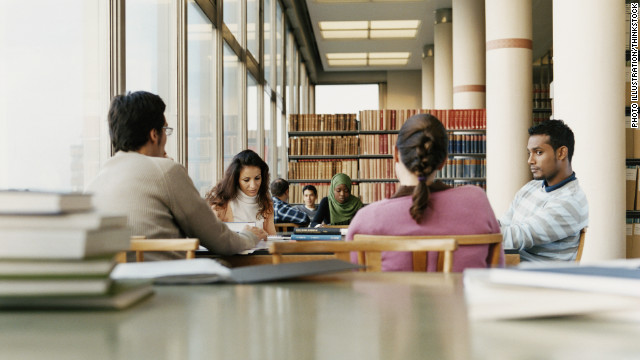 “Having Obama is, in a curious way, putting us behind,” says Eduardo Bonilla-Silva, a professor of sociology at Duke and visiting scholar at the University of Pennsylvania.

Bonilla-Silva, the author of books like “Racism without Racists: Color-Blind Racism and the Persistence of Racial Inequality in America” and “White Supremacy & Racism in the Post-Civil Rights Era,” says it is harder than ever before to convince college students that studying white privilege is a worthwhile or necessary endeavor.

To many students the election of Obama represents the culmination of decades of racial progress, they say.

“You have a growing racial apathy. People are telling you, I don’t want to hear about race, because we’re beyond that,” Bonilla-Silva says. “But we still have a white America and a black America.”

Other academics who study what they see as America’s racial hierarchy say they struggle to teach that racial inequality remains a problem, and that it must be addressed. They point to more subtle indicators of structural racism like the fact that the overwhelming majority of CEOs are white men, and a vastly disproportionate number of convicted felons are black and Latino.

These academics generally agree that the end of slavery, the dismantling of Jim Crow and the election of a black president are all clear signs that things are getting better.

But that progress has slanted the mainstream narrative too far into positive terrain, they argue, leaving many to think that racial equality has arrived. Even some young students of color are more skeptical than ever before.

“The typical college student will always say ‘What racial inequality? Look at the White House,’” says Charles Gallagher, chair of the sociology department at La Salle University in Philadelphia. “I have to first convince them that inequality exists.”

Gallagher, whose latest book, “Retheorizing Race and Whiteness in the 21st Century” was published last year, is teaching intro to sociology and urban sociology classes this semester, and while neither is strictly about race, he says he will make a point to talk about modern day racism and white privilege.

But he expects his students - and increasingly, some who are black - will be there ready to push back, particularly on the notion that race still determines your lot in life.

“Racism is always in the past for this generation,” he says. “How do we talk about race or racism in the United States if people think racism is gone?”

He says he starts the conversation by pointing to research such as a Pew Research Center report published last fall that showed the typical white family has roughly 20 times the wealth of the median black or Latino family. Thanks to the recession, the report said the gap is the largest it has been in a quarter century.

But some believe the idea of racism is shifting entirely. A 2008 poll by USA Today/Gallup and  showed that 40% of adults in America think racism against white people is widespread in the United States. A study published last year said that bias against whites is a bigger problem than bias against blacks.

“This is not new, whites being resentful and talking about reverse racism,” Gallagher says. "This is the intensification of something that was already there.”

Charles Mills says he, too, has a fresh sense that many faculty and students are more skeptical of his work since Obama’s election. Mills is a professor of philosophy at Northwestern University. His first book, “The Racial Contract,” is widely taught in courses on U.S. college campuses.

Mills, like other scholars who study whiteness, argues in his courses that whites in particular have a self-interest in seeing the world as post-racial. In that world, everyone has an equal opportunity to succeed. The advantage of this perspective, he says, is that it allows your success in life not to be determined by race, but by how hard you work.

“Obama’s election meant to many white Americans that we’re in a post-racial epoch,” says Mills, even if most indicators show that we’re not.

“For many people, it’s hard to raise these questions, because it’s like ancient history. But Obama did not run on a racial justice platform. Had he, he would not have been elected."

Still, La Salle University's Gallagher and other academics say Obama’s election is a minor hurdle in the grander scheme of things. In the past, conservatives derided whiteness studies as anti-white, but the sharp vitriol against the discipline has largely subsided, scholars say.

“If you were to go and look at the syllabi of people across the country teaching race classes,” Gallagher says, "they would have some small component on white privilege, and that wasn’t the case 20 years ago."

For now, the field continues to evolve. The annual White Privilege Conference, to be held this March in Albuquerque, New Mexico, is now in its 13th year. Organizers are expecting to draw several thousand people, from college professors to high school students.

While the field is still little known in some corners, and criticized as being obsolete in others, proponents of the field of whiteness studies say that’s all part of progress.