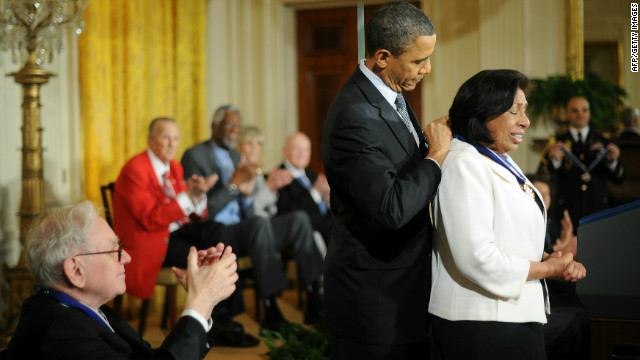 Editors Note: Ed Morales is a professor at Columbia University's Center for the Study of Ethnicity and Race. He is also a journalist and author of "Living in Spanglish: The Search for Latino Identity in America."

By Ed Morales, Special to CNN

“When I was 8 years old, my aunt tried to register us in school,” Sylvia Méndez said, “and because she had light skin and her Mexican family had a French [-sounding] surname, they took her kids, but they said me and my brother would have to go to the Mexican school.”

At barely 5 feet tall, with deep brown skin, dark eyes, a broad, inviting smile, and thick black hair, the 76-year-old Méndez looks like she could be Mexican.

But that is only half of her story.

Her tale is one that led to the integration of California schools in 1946, eight years before Brown vs. Board of Education, and illustrates a forgotten period in U.S. history where wealthy U.S. farm owners tried to substitute Puerto Ricans for Mexicans.

It might be one of the most important stories in U.S. Latino history and it began in 1926, when Felícita Gómez Martínez, Méndez’ mother, arrived in Phoenix, Arizona, from Puerto Rico.

That was the year Arizona cotton growers arranged with the U.S. Bureau of Insular Affairs to import 1,500 Puerto Ricans to replace Mexican labor. The cotton growers were having trouble finding workers because new immigration policies restricted European immigration. There was also growing competition from urban industries for Mexican immigrant workers.

When the Puerto Ricans arrived, they were given about 40% lower wages than they were promised and working conditions that were well below the standards they expected. A local labor coalition reported that the Puerto Ricans claimed that they had no place to sleep and were not given food for days at a time. The work was done in a hot, dry sun they weren’t used to, and their hands bled from the cotton thorns.

Time: The myth of desegregation

These terrible conditions were hardly a surprising reality for immigrant labor, but Puerto Ricans are not technically immigrants. The Jones Act, passed by the U.S. Congress in 1917, said all Puerto Ricans, whether born on the island territory or the mainland, were American citizens.

“My mother and her family were always aware that they were U.S. citizens,” Sylvia Méndez said.  “When they realized the Arizona growers thought they could mistreat them, they just were not going to stand for it and they fought back.”

According to Professors César Ayala of the University of California at Los Angeles and Jennifer McCormick of Cal State Los Angeles, who researched the family history, the Gómez family took part in riots and protests against the cotton growers soon after arriving. Then, along with their Puerto Rican peers, they attempted to join the American Federation of Labor but were rejected because they were considered “outsiders” affiliated with the radical union, International Workers of the World.

Carey McWilliams, a prominent historian of Mexican-Americans wrote that in March 1927, the Puerto Ricans marched to the Arizona Capitol, but instead of receiving help, they were forcefully locked down and arrested for refusing to work. Like many other whites, blacks and Mexicans before them, the Gómez family and their fellow countrymen decided to leave.

Their stay in Arizona was only about six months, Felícita said in a 1975 interview.

“My father, he had a hot foot,” she said. “He wanted to travel…so he came to California.”  The Gómez patriarch got a job with the railroad that brought the family all the way to Palm Springs.

By 1927 the entire Gómez clan was on the road to California, where the family patriarch eventually got work picking eggplants in the Coachella Valley.

Although the Gómez family was Puerto Rican, they grew so entwined with the Mexican experience that they essentially “became” Mexican. “My grandfather didn’t speak like a Puerto Rican,” Sylvia Méndez said. “He moved into the Mexican community and spoke like a Mexican.”

In 1935, Felícita married Gonzalo Méndez, who was a naturalized Mexican immigrant from Chihuahua.  Later that year their daughter Sylvia Méndez was born.

An enterprising couple, they opened a cantina in a Mexican barrio of Santa Ana,  Orange County, which was successful enough for them to eventually lease a farm from a Japanese-American family who were interned in a War Relocation Camp during World War II. By the mid-40s, according to Ayala, they had a workforce of 30 during peak season and their profits made them among the more prosperous Latino families in the area.

“My mom was like a lot of Puerto Rican women I met—intelligent, the go-getter type,” Méndez said, laughing. “My dad had this charisma that made everyone want to be his compadre.”

As good as life became for the Méndezes, there were still indignities they had to suffer living in the segregated California of  the 1940s. They would sit forever in restaurants waiting to be served after all the white customers. The only property they were allowed to buy was in the Mexican barrios.

Despite their very American rags to riches story, Felícita Méndez’ children - Sylvia, Gonzalo and Gerónimo - were not allowed to access to the full American dream. They were barred from attending the better public schools and relegated to the "Mexican school."

When Sylvia was 8, her aunt, who was a lighter-skinned Mexican-American with a French-sounding name - Vidaurri - took her to the “white” school to enroll her with the Vidaurri children. When school officials refused to admit Sylvia and her brother while at the same time accepting the Vidaurris, it set off the battle.

“I started crying and I go home and I tell my mother, ‘They don’t want us in that school,’ and my mother said, ‘We’re going to fight for you, because you’re just as good as they are and we’re all equal under God! Of course you’re going to go to that school.’”

So in 1945, Felícita Méndez decided once again to fight for her rights, investing some of the money she and her husband earned as successful business owners, and took their case to court.  Méndez vs.Westminster, went all the way to the federal court in Los Angeles and in 1946 became one of the landmark cases in civil rights history, spurring the desegregation of California schools.

Sylvia Méndez went on to create the life her mother dreamed for her.  She was a nursing director at a Los Angeles medical center until retirement in 1990.

The case became an important precedent for the more well-known Brown vs. Board of Education, which led to desegregated schools in 1954.  Méndez vs. Westminster was ground breaking, but never got the attention normally associated with such an important decision.

That is why Sylvia Méndez decided to dedicate her life to spreading the word about her parent’s battle and Méndez vs.Westminster.  As a result of her crusade, two schools have been named after Felícita and Gonzalo Méndez.  A film that documented the case, “For All the Children,” was made by filmmaker Sandra Robbie in 2003.

And in February of last year, President Barack Obama presented Sylvia Méndez with the Congressional Medal of Freedom, the highest civilian honor, for her activism.

“I cried when they gave it to me, and I told him, this is for my mother and father,” she said.

Sylvia Méndez’ tireless efforts to shed light on Méndez  vs. Westminster has created a strong historical basis for Puerto Rican and Mexican unity in a case that defined Latinos’ quest for civil rights in America.

Although Sylvia Méndez’ mother virtually “became” a Mexican, she was in fact a proud Puerto Rican, whose insistence that she was a U.S. citizen may have been a crucial factor in the Méndez’ unerring quest for justice.

“I was speaking at a Chicano class in a university and they wanted me to say I was Mexican,” Sylvia Méndez remembered. “And I said 'No, I’m proud of both heritages.' Méndez-Westminster is not just about Mexicans, it’s about all the other nationalities who came to fight with us.”