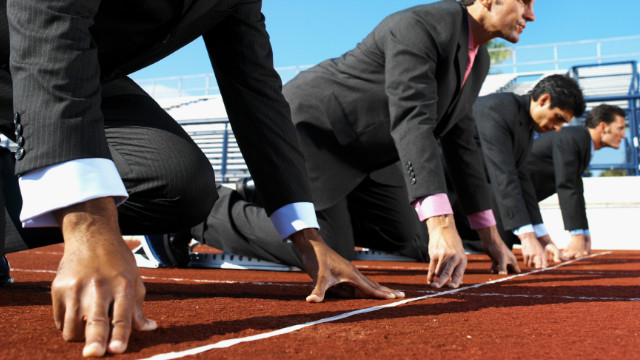 A recent report says an “opportunity gap” separates Latinos and African-Americans from whites in the Midwest and Northeast.
February 8th, 2012
12:21 PM ET

'Opportunity gaps' for African-Americans smallest in the U.S. South and West

(CNN) - By just about every measure, life is significantly better for African-Americans and Latinos in small and medium-sized cities and towns in the South and West, according to a recently released report by Urban Institute.

The Washington, DC-based think tank found that the “opportunity gap” that separates African-Americans and Latinos from whites is the largest in the Midwest and Northeast and the smallest in the South and West.

Its study examined factors such as residential segregation, the quality of public schools, neighborhood home values, employment rates and rates of home ownership.

“Overall the national story is one we’re quite familiar with – that significant gaps persist despite the important progress that the country has made in recent decades,” said Marge Turner, who conducted the study for the institute and is its vice president for research. “But there isn’t just one national story on these issues. There are tremendous variations between metropolitan areas.”

According to the report, the metropolitan areas where the “opportunity gap” between blacks and whites is the narrowest are Albuquerque, New Mexico, El Paso, Texas and Lakeland, Florida. It is the widest in the rust belt cities of Milwaukee, Chicago and Buffalo.

For Latinos the smallest gaps are in Melbourne, Florida, Pittsburg and Portland, Maine. It is the widest in Springfield, Mass., Hartford, Connecticut and Providence, Rhode Island. Also near the top of the list were McAllen, Texas and Jacksonville and Lakeland Florida.

Turner noted that while the cities that scored the very best among African-Americans have small black populations, plenty of Southern and Western cities with larger black populations – such as Greenville, South Carolina – did similarly well.

Turner’s study builds on reams of Census data released in the past year that revealed numerous fresh demographic trends among blacks and Latinos. Among them: the fact that blacks are moving to the suburbs in droves and back to the South by the hundreds of thousands. According to the 2010 Census, Latinos are moving more and more often to suburbs and smaller towns instead of into major cities. The Census also found states that traditionally had smaller Latino populations are seeing rapid growth in that population.

The U.S. Census gathered a panel of experts earlier this month to discuss the reams of data it has released in the past year on black America specifically.

The panel, organized in conjunction with the National Urban League, painted a nuanced picture of the black community and how it has changed in the past decade.

The panel drew its talking points from this exhaustive report “The Black Population: 2010,” which aggregated nearly a years’ worth of Census data.

“A lot of what that may be showing is upward mobility,” said Dr. Roderick Harrison Wednesday, of the growing number of black Americans moving to the suburbs. Harrison is a demographer who teaches at Howard University and senior research fellow at the Joint Center for Political and Economic Studies, a nonprofit think tank based in Washington, DC.

“The declines in central cities reflect people moving out from cities like DC, from the poorest areas… to suburban communities that people may perceive to offer better education, safer neighborhoods, better amenities, etc.”

According to the Census, the growing number of black communities in U.S. suburbs is particularly pronounced in cities with large-but-shrinking black populations such as Washington, DC and Atlanta. Atlanta lost its majority black status in the last decade, for example, but the metropolitan area that surrounds it is blacker than ever before thanks to the large number of black Americans that have moved to Atlanta’s suburbs in the past decade.

Harrison noted that most cities will continue to have disproportionately black populations, but that Latinos and whites will make up an ever-growing piece of the pie.

“You’re having a shift in population, no a total loss of dissolution,” he said.

That’ll also affect politics. “The direction of politics is going to have to involve coalitions,” he said.

But the black exodus from cities isn’t always indicative of achievement, others on the panel argued.

“One of the reasons that you’re actually seeing people move out of cities is that they’re being driven out,” by higher costs and failing schools, said Odis Johnson Jr., an assistant professor of African-American Studies at the University of Maryland.

While the movement of blacks to the suburbs is a complex, multifaceted phenomenon, panelists described the migration to the South as far more straightforward. Fifty-five percent of black Americans were living in the South as 2010, the largest proportion in decades.

A big part of the draw, according to panel members, is the large numbers of black Americans that never left.

“When we’re in the South, we’re usually surrounded by predominately African-American neighborhoods,” and family, said Dr. Julianne Malveaux. Malveaux is an economist and author and the president of Bennett College.

Anthony Outland, a 37-year-old engineer, moved from Michigan to suburban Atlanta in 2008. After 10 years living in the north, the Alabama-native said he wanted to ensure he was closer to his family.

“I found when I was away from family, I missed out on a lot,” said Outland. Before the move, he’d find himself flipping through photo albums with relatives on visits home, only to realize one thing was missing – him.

Today he lives a 4-hour drive from his hometown of Boligee, Alabama. He said when his mother died in 2010 he felt “strangely fortunate” – her health had deteriorated quickly, and if he were in Michigan, he may not have made it home before she passed. But because he’d moved closer to home, he was there by her side.

But factors beyond familial ties explain the movement of people of all colors South and West, panelists noted.

“A lot of the decline in the northern, Midwestern cities reflects the economic decline of these areas,” said Dr. Harrison, who has pointed to cities such as Milwaukee and Detroit as examples. Given that many new jobs were in the South and West in the past decade, “that’s where people are going.”