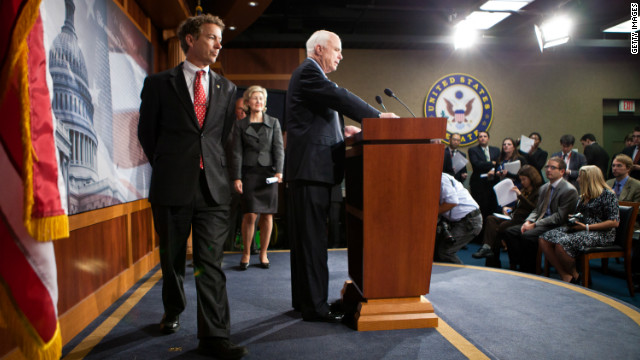 Sen. John McCain's remark about the origin of chimichangas wound up as a controversial line in a column and a tweet.
February 16th, 2012
12:25 PM ET

Opinion: 'Chimichanga' slam on GOP is tough to swallow

San Diego, California (CNN) - Condescension is never appetizing. Not even when it's wrapped around a chimichanga.

A political food fight broke out this week when Washington Post columnist Dana Milbank essentially wrote in a column that the Republican Party had nothing left to offer Latino voters other than the chimichanga.

Let me set the table. Milbank was making a point that I've made dozens of times myself: Given the nation's demographics and the direction they're headed, the GOP is on a suicide mission if it continues to alienate Hispanics.