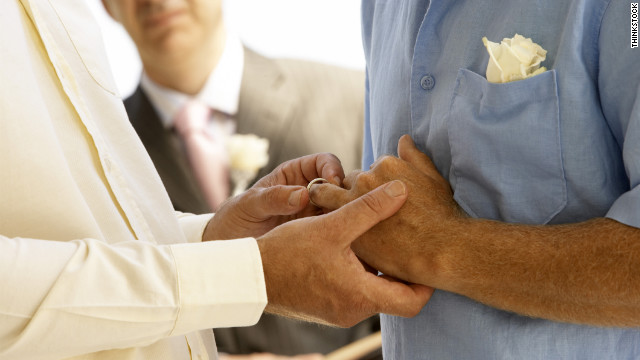 Editor’s Note: Candace Chellew-Hodge is the pastor of Jubilee! Circle church in Columbia, South Carolina. She is the founder and editor of Whosoever.org, an online magazine for LGBT Christians and the author of "Bulletproof Faith: A Spiritual Survival Guide for Gay and Lesbian Christians." Rev. Chellew-Hodge blogs regularly at Religion Dispatches.

This piece is a response to an opinion by Rev. Kenneth Hutcherson, published on this blog on February 8.

(CNN) - Sometimes, when I’m standing in a long line at the grocery store, I kind of wish I had the civilization-destroying power that people who preach against homosexuality accuse me of having. Perhaps then the lines wouldn’t be as long, or perhaps people in front of me would part to allow the social leper to get out of the store quickly.

When I contemplate my relatively dull life of work, household chores and the occasional excitement of an evening spent with friends, I have to wonder who in the world people like Rev. Kenneth Hutcherson are talking about when they write about gays and lesbians. You see, each evening I come home to my loving partner of 11 years. She and I work, pay our bills, pay our taxes, and according to Canadian law, we are married.

If you ask Hutcherson, however, I am a source of society’s pending doom. He wrote on CNN’s In America blog recently that while he loves gay and lesbian people, our ongoing existence outside of the closet - and our temerity to suggest that we might be treated as equal human beings - “will kill you.”  Funny, I feel fine.

Hutcherson backs up his belief with bible verses, and I deeply understand and respect his fervent feelings on this matter. I grew up in the Southern Baptist church, the daughter of the pastor in the pulpit. I know the verses he uses inside and out, and I know how deeply he abuses those verses and the scripture when he quotes them against gays and lesbians. However, slinging bible verses doesn’t move the conversation very far, so I’ll leave it to other commentators to do that.

What I want to say to people like Hutcherson - who believe that homosexuality will be the downfall of society but say they love us anyway – is this: Love me a little less, and yourself a little more.  I know Hutcherson’s desperate kind of “love” compels him to want to turn gay and lesbian people away from “sin.”  It’s palpable even when reading it rendered as flat pixels on a screen.  I understand this kind of desperate love, because members of my family have expressed it to me with similar passion.  When you believe people are hurtling toward the abyss, especially people that you love, you do everything in your power to stop them – even using dire warnings like how their “sin” will “kill” them.

For Hutcherson, it just becomes a self-fulfilling prophecy when gay and lesbian people kill themselves, either by suicide or addiction. See? he can say. Their sin led to their demise.

In truth, though, it is the sin of Hutcherson and his allies that leads to death for gay and lesbian people. It is the constant assertion that gay and lesbian people are "filthy" or "sick" - just some of the things I’ve been called over the years - or “intrinsically disordered” as the Catholic Church puts it, that drives many gay and lesbian people to the brink.  As a teenager, I attempted suicide because of the messages I received from my church that I was hated by God for my “sin,” even though I had not even been sexually intimate with another woman at that point.  It was the sin of the church, however, that led me to that desperate act – not any “sin” I had yet to commit.

It has taken me nearly half of my life to come to understand myself as a loved and blessed child of God who was hardwired by my creator to fall in love with someone of the same gender.  I had to make my way through the bible, through church teaching, and finally seminary to discover that no one can create my relationship with God other than me. The Kenneth Hutchersons of the world can rant and rave all they want about my “sin,” but my final judge is God – and I have seen proof after proof of God’s love for me just as I am.

That is what I seek to spread in my role as the pastor of a small church in Columbia, South Carolina– that God loves us all and that real love heals and never divides.  That doesn’t help shorten the line at the grocery store, but it sure makes the wait a bit sweeter.

The opinions expressed are solely those of Candace Chellew-Hodge.