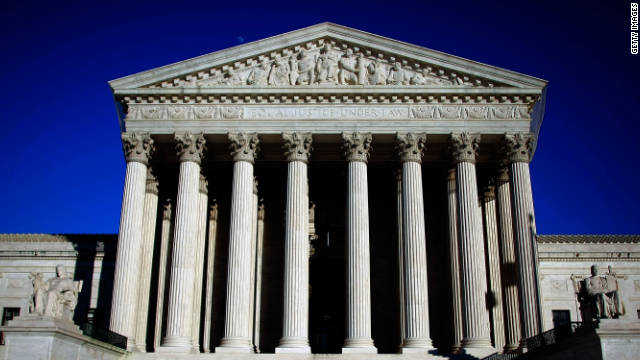 The Supreme Court has agreed to take up a case on the University of Texas' race-conscious admission policies.
February 21st, 2012
11:43 AM ET

High court accepts case over use of race in college admissions

Washington (CNN) - The Supreme Court agreed Tuesday to tackle another election-year blockbuster and will decide whether the University Texas' race-conscious admission policies violate the rights of white applicants.

If healthcare reform, illegal immigration crackdowns, voting rights, and TV indecency were not enough - now the nine-member bench is poised to add to its high-profile docket, and it will wade into the divisive, sea-change issue of state-mandated racial diversity and affirmative action. Oral arguments would be held this fall, ensuring the court - however it decides the appeal - will be a major campaign issue.