(CNN) - As members of Georgia’s House of Representatives debate whether to prohibit abortions for women more than 20 weeks pregnant, House Democrats  introduced their own reproductive rights plan: No more vasectomies that leave "thousands of children ... deprived of birth."

Rep. Yasmin Neal, a Democrat from the Atlanta suburb of Jonesboro, planned on Wednesday to introduce HB 1116, which would prevent men from vasectomies unless needed to avert serious injury or death.

The bill reads: "It is patently unfair that men avoid the rewards of unwanted fatherhood by presuming that their judgment over such matters is more valid than the judgment of the General Assembly ... It is the purpose of the General Assembly to assert an invasive state interest in the reproductive habits of men in this state and substitute the will of the government over the will of adult men."

“If we legislate women’s bodies, it’s only fair that we legislate men’s,” said Neal, who said she wanted to write bill that would generate emotion and conversation the way anti-abortion bills do. “There are too many problems in the state. Why are you under the skirts of women? I’m sure there are other places to be."

Personally, Neal said, she has no qualms with vasectomies.

Rareview: finding a place for Yiddish

What happens to a language that has no land?

American Yiddish speakers are asking that about the once popular Jewish language with roots in Hebrew and German.

As some wrestle with this loss –and how it defined who they are and where they come from– a small movement looks to find a new space for their displaced language.

Ever since Veronica's biological mother gave her up for custody, Veronica's adoptive parents have been by her side.

When Veronica turned 4-months-old, her biological father wanted paternal rights. He was granted custody under a federal law, the Indian Child Welfare Act, which was created to keep Native American children from being removed from their biological families.  Veronica's biological father is Cherokee.

Now, her adoptive parents are appealing the ruling that forced them to give up their baby. CNN's Randi Kaye reports for Anderson Cooper 360.

Report: More difficult for black, Latino seniors to retire than other Americans -Colorlines 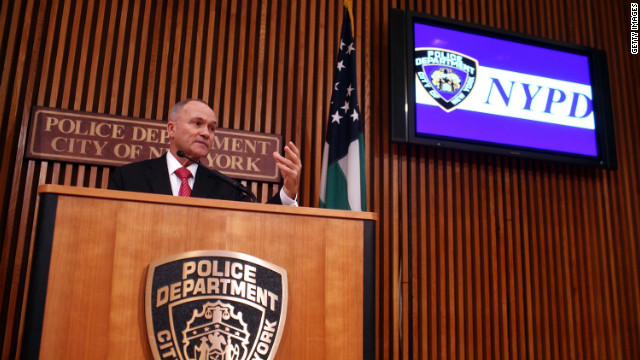 Opinion: When 'studying while Muslim' is probable cause

Editor's note: Dean Obeidallah is a former attorney turned comedian and has appeared on Comedy Central's "Axis of Evil" special, ABC's "The View" and HLN's "The Joy Behar Show." He is co-executive producer of the annual New York Arab-American Comedy Festival and co-director of the upcoming documentary: "The Muslims Are Coming!" Follow him on Twitter.

(CNN) - First, there was "Flying While Muslim." This expression summed up the extra challenges of being an American Muslim when flying on commercial airlines.

This situation has become almost accepted as part of the American Muslim experience. In fact, I have even comically offered advice to people in my community on how to avoid extra problems when they fly: "Dress white, make your flight. Dress brown, never leave town."

But now there is something new: "Studying While Muslim." And there is nothing funny about it.

I am America: Hollywood High now a diverse high school

Los Angeles, California (CNN) –For the better part of a century, Hollywood High School has been known as the high school of the stars: Judy Garland, Carol Burnett, Sarah Jessica Parker and James Garner are among the famous alumni.

But Judy Garland might not recognize her old alma mater today.

When she attended Hollywood High in the 1930’s the student body was almost all white.

Today, it is predominantly Latino, and made up of teens whose families came to America from every corner of the world.
END_OF_DOCUMENT_TOKEN_TO_BE_REPLACED

I Am America: Educator WJ O'Reilly

WJ O'Reilly was raised in Foxborough, Massachusetts by an Irish father and Belgian mother who both believed in having a good education. WJ says he went to the best schools growing up, but learned that life is what you make of it depending on the path you choose to lead.

Check out WJ's story and see other "I Am America" posts on iReport.

“There’s members of Endymion been there 40-something years, and they [like me] put their names in that hopper, and they never been selected,” says Lafargue, who has been a member of Endymion, one of the largest Mardi Gras organizations, since 2005.

LaFargue’s name was picked out of 2500 members.

But, just a few decades ago his name may never have been in the running. Endymion began in 1967 and has always been integrated, but old-line krewes, the private organizations responsible for Mardi Gras festivities, were once segregated.

In the more than two centuries since Mardi Gras was introduced by the French, the pre-Lenten tradition has, for most of its existence, been experienced in black and white.