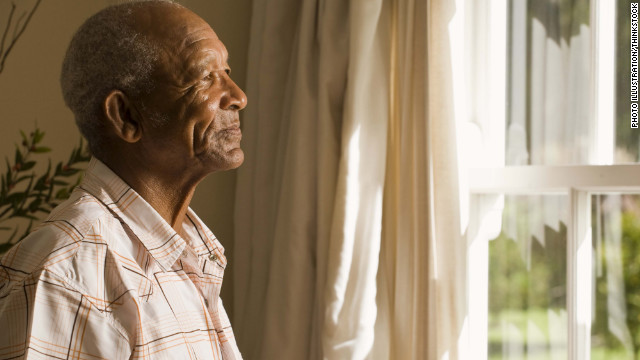 Nearly a fifth of black and Latino elders are living in poverty, says a University of California, Berkeley researcher.
February 23rd, 2012
12:47 PM ET

Report: Golden years of blacks, Latinos more likely to be tarnished by poverty

(CNN) – Nonwhite older Americans are more likely to suffer from poverty in retirement, according to a study released by the University of California at Berkeley's Center for Labor Research and Education.

"Black and Latino Retirement (In)Security," released Tuesday, found that the poverty rate for blacks (19.4%) and Latinos (19%) over 65 is more than twice that of the national average and nearly triple that of whites.

The report analyzes data from the U.S. Bureau of Labor Statistics and the Census' American Community Survey.

Another of the report’s findings offers a clue to why such a disparity exists – nonwhites are less likely to work for an employer who offers a retirement plan, and are also less likely to contribute to it when it is offered.

Report author Nari Rhee said the lower participation rates in retirement plans is not because black and Latino employees are less willing to contribute. Some are not eligible for employee-offered plans because they work part time, are temporary workers, or haven’t been working at the company long enough to join the plan. And in many cases, the employee wages don’t leave much left over once basic expenses such as rent, food and utilities are met.

"You have to make it easy for people to save," said Rhee. "It's not just laziness, people get taken up with what they need to get by on a daily basis.  A lot of people never see that money (from a paycheck) hit their bank account."

Lack of a pension or 401(k) plan means that minority senior citizens are disproportionately dependent upon income from Social Security benefits, which averaged $1,177 monthly as of early 2011.  Each person's benefits are calculated based upon how much they earned in their 35 highest-earning years of employment, so workers in low-wage jobs get less than someone in a higher-paying job. Because black and Latino workers are more likely to work in jobs that pay less, they receive an average of 26% less in annual benefits than whites.