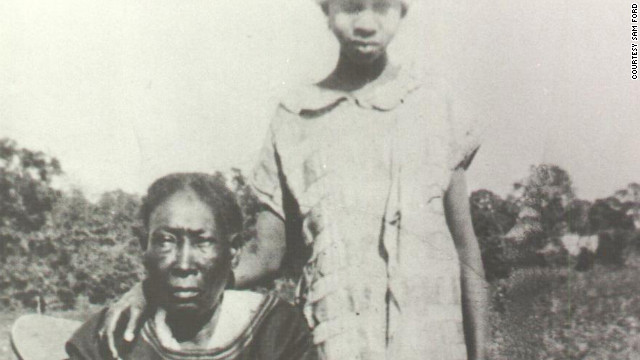 The Trail of Tears is an epochal moment not only in Cherokee history, but also in Black history.
February 25th, 2012
11:20 AM ET

Editor's Note: Tiya Miles is chairwoman of the Department of Afro-American and African Studies, and professor of history and Native American studies at the University of Michigan. She is the author of "Ties That Bind: The Story of an Afro-Cherokee Family in Slavery and Freedom" and "The House on Diamond Hill: A Cherokee Plantation Story."  She is also the winner of  a 2011 "genius grant" from the MacArthur Foundation.

(CNN) - African American history, as it is often told, includes two monumental migration stories: the forced exodus of Africans to the Americas during the brutal Middle Passage of the Trans-Atlantic slave trade, and the voluntary migration of Black residents who moved from southern farms and towns to northern cities in the early 1900s in search of “the warmth of other suns.” A third African-American migration story–just as epic, just as grave–hovers outside the familiar frame of our historical consciousness. The iconic tragedy of Indian Removal: the Cherokee Trail of Tears that relocated thousands of Cherokees to Indian Territory (now Oklahoma), was also a Black migration. Slaves of Cherokees walked this trail along with their Indian owners.

In 1838, the U.S. military and Georgia militia expelled Cherokees from their homeland with little regard for Cherokee dignity or life. Families were rousted out of their cabins and directed at gunpoint by soldiers. Forced to leave most of their possessions behind, they witnessed white Georgians taking ownership of their cabins, looting and burning once cherished objects. Cherokees were loaded into “stockades” until the appointed time of their departure, when they were divided into thirteen groups of nearly 1,000 people, each with two appointed leaders. The travelers set out on multiple routes to cross Tennessee, Kentucky, Illinois, Missouri and Arkansas at 10 miles a day with meager supplies.

At points along the way, the straggling bands were charged fees by white farmers to cross privately owned land. The few wagons available were used to carry the sick, infant, and elderly. Most walked through the fall and into the harsh winter months, suffering the continual deaths of loved ones to cold, disease, and accident. Among these sojourners were African Americans and Cherokees of African descent. They, like thousands of other Cherokees, arrived in Indian Country in 1839 broken, depleted, and destitute.

In addition to bearing the physical and emotional hardships of the trip, enslaved Blacks were enlisted to labor for Cherokees along the way; they hunted, chopped wood, nursed the sick, washed clothes, prepared the meals, guarded the camps at night, and hiked ahead to remove obstructions from the roads.

One Cherokee man, Nathaniel Willis, remembered in the 1930s that: “My grandparents were helped and protected by very faithful Negro slaves who . . . went ahead of the wagons and killed any wild beast who came along.” Nearly 4,000 Cherokees died during the eviction, as did an unaccounted for number of Blacks. As one former slave of Cherokees, Eliza Whitmire, said in the 1930s: “The weeks that followed General Scott’s order to remove the Cherokees were filled with horror and suffering for the unfortunate Cherokees and their slaves.”

Although Black presence on the Trail of Tears is a documented historical fact, many have willed it into forgetfulness.

Some African Americans avoid confronting the painful reality of Native American slave ownership, preferring instead to fondly imagine any Indian ancestor in the family tree and to picture all Indian communities in the South as safe havens for runaway slaves.

Some Cherokee citizens and Native people of other removed slaveholding tribes (Creeks, Choctaws, Chickasaws, and Seminoles) have also denied this history, desiring to cordon off forced removal as an atrocious wrong that affected only Native Americans. By excluding Blacks (many of whom had Native “blood”) from a claim on this history, these deniers also seek to expel the descendants of Freedmen and women from the circle of tribal belonging. For it is the memory of this collective tragedy, perhaps more than any other, that binds together Cherokees who draw strength from having survived it. END_OF_DOCUMENT_TOKEN_TO_BE_REPLACED