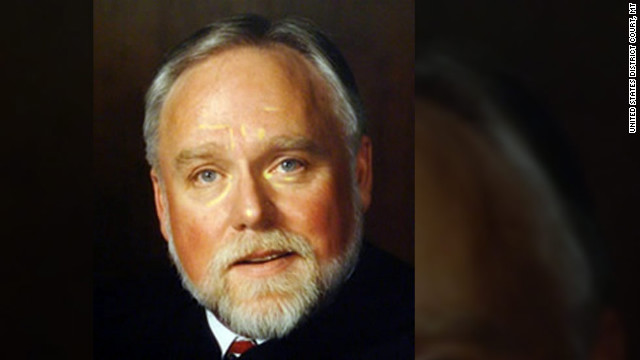 Richard Cebull said his conduct in office shows that he's not a racist, but the public got that impression.
March 2nd, 2012
04:14 PM ET

Judge unlikely to face removal for racist message about Obama

(CNN) - Come this summer, Judge Richard Cebull will be conducting business in a brand new $79 million federal courthouse in Billings, Montana, paid for through President Obama's economic recovery program. That is, if Cebull survives the firestorm engulfing him for forwarding a racist e-mail about the president.

It's rare and generally very difficult to force federal judges from office. They receive tenure, and the Constitution guarantees they can remain on the bench during good behavior.