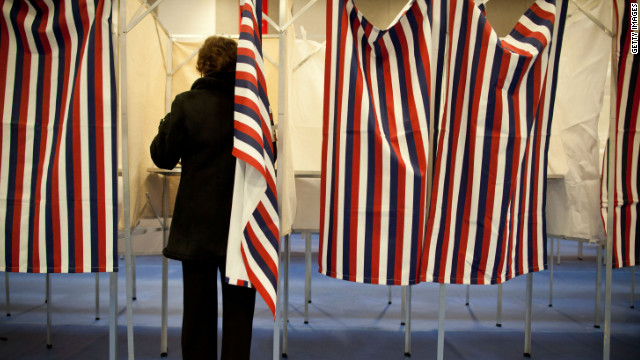 Opinion: Why GOP could prompt women to vote for Obama

(CNN) - Much has been written about the GOP’s huge hole with Latino voters and how that will prevent them from reaching the White House.  In fact, a new poll of just Latino voters has no Republican presidential candidate polling above 14% against President Obama.  Dios mio!  As if that weren’t enough, the GOP is now busy with their shovels digging themselves another hole, this time with another incredibly important demographic – women.

We are talking about 53% of the electorate and an electorate made up of many independents who look at issues and candidates, not necessarily party identification.  President Obama won women in 2008, 56% to McCain’s 42%, a big reason he is in the White House today.  But even as recently as late last year, independent women were not supporting President Obama, a fact that was of great concern to the White House and a reason they kept focusing like a laser on economic issues and fixing policies they could influence like student loans, mortgage relief, and yes, implementing the Affordable Care Act regulation ensuring all women could have equal access to life saving health care services without paying out of pocket expenses.

For that, the Administration found itself in a maelstrom for several days.  The Catholic Church came down hard on the White House for believing their religious freedoms were being infringed upon by mandating they provide birth control to women who work at any of their affiliated facilities like universities or hospitals.  But because the Administration was focused on doing what is right, and not what is politically expedient, they went back to the drawing board and put forth a compromise that would not violate anyone’s religious freedoms while still ensuring all women had access to critical health care services.

Instead of moving on and focusing on the economic issues most Americans are deeply concerned with, Republicans saw an opening they might exploit to – in their minds – further damage the President.  But what they created for themselves was instead a sink hole where they continue to sink deeper and deeper into an abyss of overreach and extremism that may excite and placate their base of very conservative voters, but is doing extreme damage among independent women who care deeply about their access to health services – including contraceptives which 99% American women have used at some point in their lives.

These smart, independent (and many Democratic and Republican) women do not want the government all up in their privates, making decisions that should be up to them and their doctors.  For example, the Senate’s Republican (now defeated) Blunt-Rubio amendment would have allowed any employer, regardless of religious affiliation to eliminate coverage of any service, not just contraceptives, if they found it to be in any way morally objectionable.

Unfortunately, the Republican overreach is not confined to Washington.  As a matter of fact, it is even worse in the states where there have been strong pushes by extremists to approve “personhood” amendments to continue to chip away at Roe v. Wade. In Virginia, there was a particularly egregious piece of legislation that would mandate any woman seeking an abortion to undergo ultrasound exams. In an earlier version, there was an even worse provision that would have mandated invasive vaginal ultrasounds.  The bill is now awaiting Governor McConnell’s signature.

All of this sandwiched in between GOP candidate Rick Santorum declaring he didn’t think women were fit to serve in combat roles in our military because they were too emotional, and Rush Limbaugh viciously attacking Sandra Fluke, the Georgetown University laws school student, calling her a slut and a prostitute.  What did she do to deserve his vitriol?  She had the audacity to stand up for herself and other women by testifying at a Democratic hearing on access to birth control, only after she was denied the opportunity to testify at a Republican-led hearing with a women-free panel focused on the same issue.

Why the Republicans think this is a winning strategy is beyond comprehension.  The GOP cannot win the White House without support from independent women and they are fleeing the GOP in droves.  These women care about the economy, jobs, and a better future for their children and families.  The Republican Party is in fact making it much easier for the White House to achieve what they had embarked upon anyway – their goal of bringing “home” independent women with critical policy changes focused on the economy the President can implement, and key outreach measures we have seen in the past several days and weeks that help communicate that critical message:

–        Ensuring homeowners under water with their mortgages are given relief

–        Michelle Obama’s focus on military families, children’s healthy eating, and her overall image as a strong woman and dedicated mother

If the Republicans are serious about being competitive enough to have a chance to win the White House, they would cease this assault – whether real or perceived doesn’t really matter – on women’s rights and stop making their party look like they want to take women back to the 19th century.  They would do well to stay away from Pandora.  And especially her box.

The opinions expressed in this commentary are solely those of Maria Cardona.