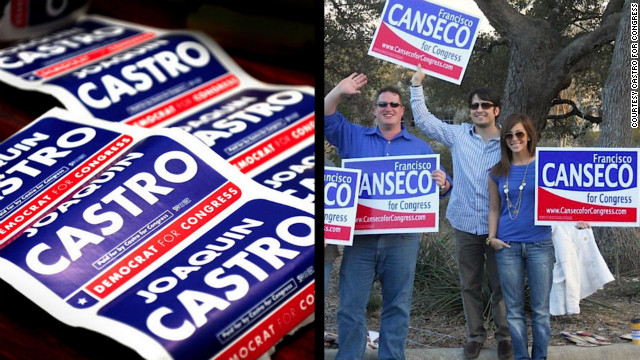 “In this case, the racial gerrymandering, this is probably the worst in 50 years.” That is how lawyer Luis Vera sums up the disputed maps that have come out of the redistricting battle in Texas. Vera is general counsel for the League of United Latin American Citizens (LULAC), one of the oldest Latino civil rights advocacy groups in the United States. The group has been on the frontlines of the struggle to expand the voting power of Latinos in Texas for decades. As one of the lawyers who fought to have the voting lines redrawn, he finds little to celebrate.

“It’s a total disaster for the Latino community. There’s no net gain,” Vera says of the new congressional and legislative maps. The interim maps now allow Texas to move ahead with its presidential primary on May 29th and will help shape congressional races come November.

“I’ve never seen the interest of minority populations in Texas so neglected as this go around,” says Gonzalez, who is retiring this year after seven terms. As a plaintiff in the case, Gonzalez argued that the voting power of Latinos and other minority communities were diminished when congressional districts, like his own, were divided up.

“I have very strong disagreement with those individuals who are touting this as some sort of victory for minorities. I think in this case they settled too cheaply and didn’t get the number of seats we think we should be entitled to in the state of Texas,” Gonzalez says.

Nina Perales with the Mexican American Legal Defense and Education Fund (MALDEF) is one of those individuals claiming victory. “This is not half a loaf – this is the loaf. We are pleased,” Perales says of her decision to settle with the state on maps that she feels maintain existing Latino-majority congressional districts while creating two additional districts tailored for Latinos.

As lead counsel in the case, Perales represented the Latino Redistricting Task Force, a coalition of Latino advocacy groups and organizations from around Texas that filed suit against the state after the release of the first set of redrawn maps last summer. In federal court, they asked to have the maps redrawn to increase the number of Latino opportunity districts. That plan was eventually rejected by the U.S. Supreme Court, forcing the three-judge panel in San Antonio to redraw the maps a second time. Perales feels these new maps are still an improvement over the legislature’s original plan.

“We got two new seats – two new opportunities is best way to put it,” Perales explains, something she says the Latino community did not get the last time Texas redrew its districts in 2001.

One of the main arguments in the trial has been whether the maps follow guidelines set up by federal Voting Rights Act to enhance the voting strength of Latinos and other minorities by creating so called “opportunity districts” which allow them to elect “the candidate of their choice.”

Agreeing on what it means to be “the candidate of choice” for Latino voters is where the redistricting debate begins to drift between a question of race and the realm of politics.

Representative Gonzalez admits that when it comes to redrawing district lines both parties have been guilty of manipulating racial communities to increase their own political power. But this time he feels the state legislature “overreached” in coming up with maps that increase the number of Republican-safe districts while doing little to increase Latino representation.

“There is no way that the state attorney general – who cannot defend a truly illegal map, is going to agree to anything that would fully recognize the voting power of Latinos in Texas, which are viewed as basically a Democratic block. It’s that simple,” Gonzalez says referring to the deal that was eventually struck between MALDEF and the state allowing the maps to stand.

Lauren Bean, a spokesperson for Texas Attorney General Greg Abbott said in a statement that their office had worked with a wide range of interest groups including the Texas Latino Redistricting Task Force to produce the interim maps without compromising the original will of the Texas Legislature.

Bean also pointed out that in 2010 Texans elected two new Hispanic representatives to Congress – both Republicans – which had a good chance of being re-elected under the legislature’s original maps. “To say that the Texas Legislature's maps are unfair to minorities is a claim that is not based in fact," the statement concluded.

Some are still unsatisfied with the possible outcomes in the upcoming elections. Vera with LULAC complains that one of the Latino opportunity districts created by the new maps, Congressional District (CD) 35 which stretches from San Antonio to Austin, will probably be won by U.S. Rep. Lloyd Doggett (D-Texas). Doggett is an incumbent who was drawn out of his own district and has chosen to run for re-election in CD 35 because of its Democratic friendly numbers.

“Our contention is that we may even be losing one district if in fact Doggett wins CD 35,” Vera says of the Democrat who has served in Congress since 1995. “Lloyd Doggett votes the right way, he votes for the Latino community, he is a great candidate. But he is not Latino.”

State Rep. Joaquin Castro, a Democrat, who originally campaigned for the same seat as Doggett, eventually decided to run in the district being left open by Congressman Gonzalez’s retirement. It’s a district that the Gonzalez family has represented for nearly 50 years. “I do think that ultimately it’s a community’s decision who they feel best represents their values and their beliefs,” says Castro.

Ironically, another congressional district that Vera and others in the Latino community point to as an example of where they may lose representation is CD 23.

Vera claims it was redrawn to favor “white Anglo voters” and will be easily won by the incumbent Republican, Congressman Francisco Canseco. “Though a Latino, he is not the Latino candidate of choice,” Vera tries to explain.

Rep. Canseco, who won in the district when it was still considered majority Latino, rejects the argument that all Latinos vote the same way. “For too long, some have promoted the notion that Latinos are a monolithic block. They’ve said that to be the “Latino candidate of choice” you have to be a Democrat, and that is simply not true,” contends Canseco.

Perales of MALDEF agrees that the race or party affiliation of a candidate is not what she was fighting for and shouldn’t matter when judging the new opportunity districts. “Though we can’t predict who will win, the most important thing is that Latinos are deciding who the winning candidates will be.”

Still unhappy with the interim maps, LULAC has joined with the NAACP and other groups in asking a Washington D.C. federal court to expedite its ruling on whether the Texas legislature’s original map violates the Voting Rights Act by discriminating against minority voters.

While no one is sure if a ruling will happen in time to change the maps again before Election Day, Rep. Gonzalez, a former lawyer and judge, feels the best thing to do at this point is let the courts decide.

“There is a reason why the courts have loomed so large in empowering minorities in this country. Because that is where you are going to get the fairest shake. That is the lesson for all of us, let the judges do their work.”