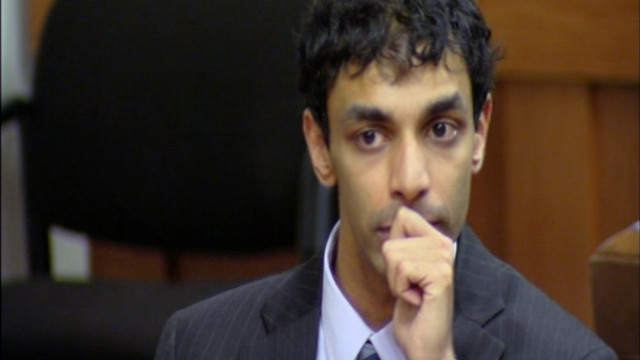 Opinion: What the tragedy of Tyler Clementi teaches about teen sexting

(CNN) - Dharun Ravi made videos of his college roommate, Tyler Clementi, sexually involved with another man. Tyler was unaware that he was being recorded and broadcast. Confronted with this violation of his privacy, Tyler committed suicide by jumping from the George Washington bridge.

In 2008, Jessica Logan, a high school senior in Ohio, sent naked pictures of herself to her boyfriend. When they broke up, he forwarded those photos to others. Logan was called a slut and a whore, according to numerous news reports. She eventually committed suicide – just weeks  after graduation- by hanging herself in her bedroom closet.

Clementi’s privacy was clearly violated. There is debate about whether Logan waived her privacy. However, both were victims of people inflicting harm by attempting to hold them up for ridicule. Each of their stories has the same tragic ending. Clementi and Logan found that their expectation of privacy was violated.

According to teens, sending and posting sexually explicit images is occurring more than many adults realize. The National Campaign to Prevent Teen and Unplanned Pregnancy reports that 20% of teens (18% of boys and 22% of girls) have sent such nude or semi-nude pictures of themselves.

I teach criminal justice to high school seniors, and we debate the seriousness of crimes. On most issues – such as the death penalty, armed robbery, drinking and driving – their views are similar to adults. When talking about sexting, however, their views are decidedly different.

Their first area of disagreement is frequency. High school students insist that the 20% figure of sending or posting sexually explicit images is not even close to correct. They argue that those numbers are closer to 50%.

Many state that sending sexually explicit pictures of yourself waives your right to privacy, and a significant number argue there is nothing wrong with forwarding such images. However, this view is disproportionately held by males. Additionally, many students explain that the issue is largely heterosexual males forwarding sexually explicit images of females. This problem is not an equal opportunity offender.

What are responsible adults – whether we are in homes, schools, or places of worship – doing to help teens navigate the virtual world responsibly? Judging by how common this problem is, whatever we are doing is having limited success.

The National Campaign to Prevent Teen and Unplanned Pregnancy argues that people should consider the following before sending such images of themselves:

While these steps provide valuable advice to people who are about to send or post sexually sexually explicit images to others, these guidelines would have done nothing to protect Tyler Clementi. It is critical that we also place responsibility on those who forward sexually explicit messages.

1.     Violating a person’s privacy may be illegal. Some people get prosecuted for such actions and go to prison.

2.     Think about the person in the photograph or video. You may think it is funny or not a big deal, but that person is much more likely to feel violated.

3.     Remember that people have responded to this invasion of privacy by resorting to extreme measures such as suicide. Even if your actions are not illegal, they could trigger a tragedy that will have a devastating impact on many. You will have to live with that.

These messages are best if taught in the home as parents should be aware of how much access their children have to electronic communications. Additionally, schools, places of worship, and community centers should work to identify the virtual citizenship education that meets the goals and needs of their communities.

Much of the press coverage of Ravi’s trial revolved around whether or not he was homophobic. This was a critical question in his trial, but there is something larger the rest of us should consider. Many young people today do not understand the pain inflicted by violating someone’s privacy in the virtual world. Specifically, many heterosexual males may fail to understand the pain and isolation felt by females and gay males when their privacy is violated.

The suicides of Tyler Clementi and Jessica Logan should be treated as a call to action. If we do not change how we are teaching teens, I believe these tragedies will merely serve as chapters in a larger, devastating story of young people who have gone to extreme measures after being ridiculed and traumatized by their sexuality in the virtual world.