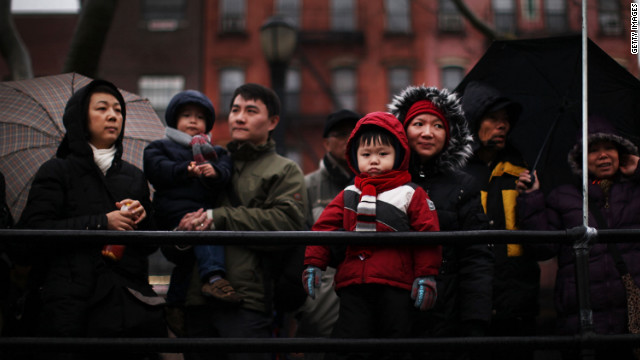 (CNN) –  The Asian proportion of the United States population grew faster than any other racial group, according to "The Asian Population: 2010," a census brief released Wednesday.

People of Asian descent in America represent a booming and diverse section of the population. "Asian" was defined as any person whose ancestry originates among the original peoples of the Far East, Southeast Asia or the Indian subcontinent – including countries such as China, Japan, North Korea, South Korea, Thailand, India, Pakistan, the Philippines and Vietnam.

All of the U.S. states had increases in Asian population of at least 30%, except for Hawaii (where people of Asian descent make up more than half of the total population), which had growth of 11%.

Nicholas A. Jones, head of the Census' Racial Statistics Branch, told callers in a webinar presenting the results that the major factor in the growth of America's Asian population was fueled by several factors, but the most significant was international migration – people moving to the United States from other countries.

END_OF_DOCUMENT_TOKEN_TO_BE_REPLACED

How should parents talk about racism with their kids? Readers share their views

Christy Oglesby, quality assurance manager for CNN/U.S. in Atlanta, wrote about the lessons about racism she's felt compelled to pass on to her 12-year old son, Drew. Against the backdrop of the Trayvon Martin shooting, she says she feels justified in doing so. The hundreds of comments that poured in are evidence that the post affected many people quite deeply, and we felt it would be enlightening to share some of the most fascinating remarks with you.

Opinion: My 12-year-old son could be Trayvon

The big questions seemed to be: How should parents talk about race with their children? And how much should we worry about it?

"I am moved to tears by this mother's struggle," said a reader named Tiffany who said she is "humbled" by Oglesby's efforts. Bullying and self-esteem are the kinds of things she says she worries about, not being shot while running through a neighborhood.

"I know many people who argue that racism in this country is a fairy tale in the minds of black people who want pity and welfare ... but still, their children are dying having committed no crime at all. What kind of fairy tale is that?"

Some readers were concerned about the message being sent. END_OF_DOCUMENT_TOKEN_TO_BE_REPLACED

Did Trayvon Martin's shooter use a racial slur?

(CNN) - As outrage over the killing of a Florida teenager continues to spread online, social media and news outlets are debating whether the shooter uttered a racial epithet in one of his 911 calls. And if so, what he might have said.

Zimmerman, whom authorities described as white and family members say is Hispanic, said he shot 17-year-old Trayvon Martin in self-defense, according to police. Martin, who was black, was walking to his father’s fiancee’s house in Sanford, Florida, after a trip to a convenience store and was not armed.

Many people at CNN have listened repeatedly to the call but have been unable to reach any consensus on what was said. An audio engineer enhanced the sound on the 911 call but said it was difficult to improve the quality or to replicate the background noise. CNN continues to analyze the tape and consult outside experts. 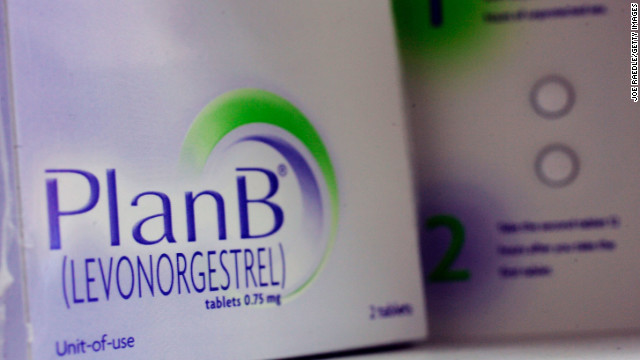 Access to emergency contraception is crucial for survivors of sexual assault. But native women report problems getting it.
March 21st, 2012
01:50 PM ET

(CNN) – In most of the United States, a woman 17 years or older who needs Plan B, an emergency contraceptive that can prevent pregnancy up to 72 hours after intercourse, can walk up to a pharmacy counter and request it without a prescription. But for Native American women served by the Indian Health Service, obtaining Plan B might require a drive of hundreds of miles, a wait beyond the pill’s window of effectiveness, and a price beyond what the IHS would charge.

NAWHERC's executive director and co-author of the report, Charon Asetoyer, said that the Indian Health Service, which is administered under the federal Department of Health and Human Services, is not consistently applying its own rules regarding over-the-counter access to Plan B.

According to the roundtable of 50 community workers, women’s advocates and Native American women from South Dakota, Oklahoma, New Mexico and Arizona surveyed by the report, almost all IHS facilities they dealt with require women to see a doctor or get a prescription in order to get Plan B. The medicine is offered without additional cost at IHS pharmacies, but not all pharmacies stock it.

But if a woman happens to need the medication outside of business hours or on the weekend, she has to wait until the facility reopens – which could be up to several days. If she can't wait, she has to try and get it at a non-IHS pharmacy. And she has to pay the full over-the-counter price – which can be a discouraging factor for a population that experiences higher-than-average rates of poverty and unemployment.

END_OF_DOCUMENT_TOKEN_TO_BE_REPLACED 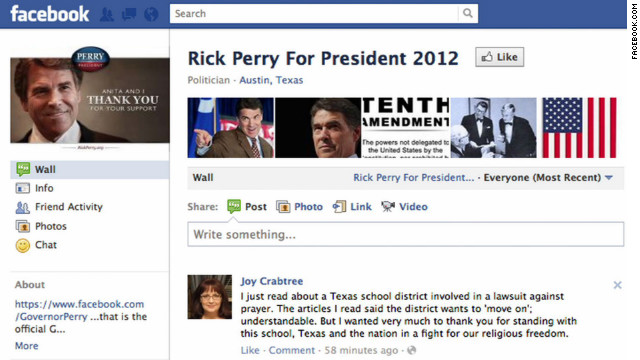 Engage: Women take Rick Perry to the task on Facebook

(CNN) - Social media is fueling a rush of publicity and activism around demands for justice in the killing of Trayvon Martin, an unarmed black teenager shot last month by a white self-proclaimed neighborhood watchman in Florida. Local police have declined to arrest the watchman, George Zimmerman.

There are more than 50 petitions at Change.org related to Trayvon Martin, according to the activism website's  Communications Director, Brianna Cayo-Cotter. She said the cause is shaping up to be one of the most popular ever hosted on the site.

"By far the largest is the one started by Martin's mother, and it is one of the most viral campaigns ever," said Cayo-Cotter. "Our tech team is working round the clock to keep the site from crashing because of the numbers of people coming the site to sign the petition that Trayvon’s mom started."

Much of that traffic is driven by links to the petitions from social media sites like Twitter and Facebook, Cayo-Cotter said. The #TrayvonMartin hashtag attracted tens of thousands of mentions on Twitter, peaking Tuesday. News organizations' postings about the contents of 9-1-1 calls from the time of the Feb. 26 shooting have caused interest to pick up further. On Facebook, a group called "Justice For Trayvon Martin" has more than 18,000 "likes."