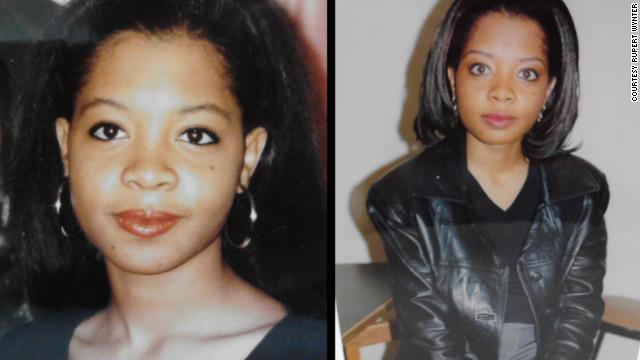 Kareen as an undergraduate college student, when she became bulimic after being called "chubby" by friends.
March 22nd, 2012
04:14 PM ET

Opinion: The dangers of labels, and how they contributed to my bulimia

Editor's note: Kareen Wynter is a CNN entertainment correspondent based in Los Angeles.

(CNN) - As an entertainment reporter who covers Hollywood, there are countless critics acting as judges in this industry. There are the never-ending headlines of leading actresses’ “weight gain," and "starved frames." These unhealthy labels have to stop.

Sixteen years ago I was a slave to bulimia, prompted by the labels of others. My bulimia lasted for about a year, and during that time, I destroyed so much of my body.

I actually lost track of how much weight I dropped, and I noticed that my friends, who initially encouraged me to lose weight, stopped being so critical. I did not realize then that it was because I had become a walking skeleton. I had gone from loving the person in the mirror to hating the reflection that stared back me.

END_OF_DOCUMENT_TOKEN_TO_BE_REPLACED

Did Trayvon Martin's shooter use a racial slur?

(CNN) - As outrage over the killing of a Florida teenager continues to spread online, social media and news outlets are debating whether the shooter uttered a racial epithet in one of his 911 calls. And if so, what he might have said.

Zimmerman, whom authorities described as white and family members say is Hispanic, said he shot 17-year-old Trayvon Martin in self-defense, according to police. Martin, who was black, was walking to his father’s fiancee’s house in Sanford, Florida, after a trip to a convenience store and was not armed.

Many people at CNN have listened repeatedly to the call but have been unable to reach any consensus on what was said. An audio engineer enhanced the sound on the 911 call but said it was difficult to improve the quality or to replicate the background noise. CNN continues to analyze the tape and consult outside experts.

In the video above, listen to a nonenhanced recording of relevant audio of Zimmerman’s call at 1:48, after he says, "He's running." 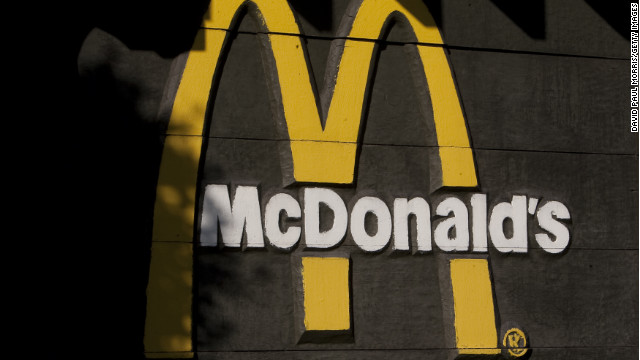 POLL:  Over half of Americans say churches should stay out of politics - Reuters 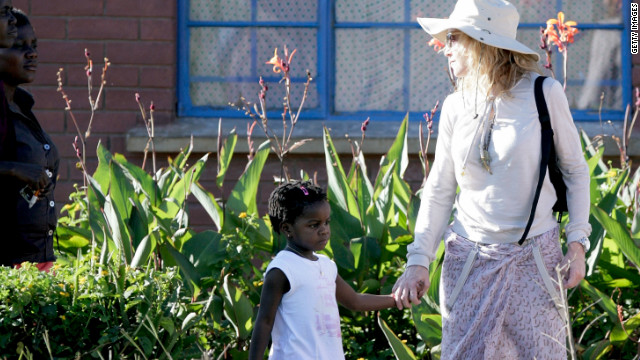 Madonna and her adopted Malawian daughter at one of the Raising Malawi initiative's in 2010 in Lilongwe, Malawi.
March 22nd, 2012
07:00 AM ET

Opinion: Should race be a factor in adoption?

Editor's note: Lola Jaye, a native Londoner, is the author of three fiction books and one non-fiction. Jaye has also written for The Huffington Post and her novels have been published in various other languages, including Korean, German and Serbian. Her latest novel "Being Lara," is about a young woman searching to connect with her Nigerian roots after she's adopted by a British popstar.

By Lola Jaye, Special to CNN

(CNN) - The news that Charlize Theron adopted an African American baby has fired up a debate regularly stoked by the likes of A-listers Madonna, Angelina Jolie and Sandra Bullock. All have adopted transracially. And everyone has an opinion.

In the United States in 2010, black children left the care system at a rate of 24 percent, while white children left at a rate of 43 percent, according to the U.S. Department of Health and Human Services. In the UK, where I live, a black child is three times less likely to be adopted from care than a white child. And until recently, UK guidelines on adoption have made it difficult to adopt between races.

But the policy is changing after Michael Gove, the UK's Education Secretary said it was "outrageous" to deny a child the chance of adoption because "of a misguided belief that race is more important than any other factor." In the UK, a black child is three times less likely to be adopted from care than a white child.

Indeed, the American 1994 Multi-Ethnic Placement Act "affirms the prohibition against delaying or denying the placement of a child for adoption or foster care on the basis of race, color or national origin of the foster or adoptive parents or of the child involved."