Editor's note: Tune in to "Anderson Cooper 360°" all week for the surprising results of a groundbreaking new study on children and race at 8 and 10 p.m. ET.

(CNN) - A white child and a black child look at the exact same picture of two students on the playground but what they see is often very different and what they say speaks volumes about the racial divide in America.

The pictures, designed to be ambiguous, are at the heart of a groundbreaking new study on children and race commissioned by CNN's Anderson Cooper 360°. White and black kids were asked: "What's happening in this picture?", "Are these two children friends?" and "Would their parents like it if they were friends?" The study found a chasm between the races as young as age 6.

Overall, black first-graders had far more positive interpretations of the images than white first-graders. The majority of black 6-year-olds were much more likely to say things like, "Chris is helping Alex up off the ground" versus "Chris pushed Alex off the swing."

They were also far more likely to think the children pictured are friends and to believe their parents would like them to be friends. In fact, only 38% of black children had a negative interpretation of the pictures, whereas almost double - a full 70% of white kids - felt something negative was happening.

Opinion: Are we doing enough to make sure our kids aren't racist?

Editor’s note: Jose Vilson is a math teacher, math instructional coach and data analyst in a New York public school. He can be found at TheJoseVilson.com. Vilson is also on the board of directors for the Center for Teaching Quality and the steering committee for the Save Our Schools Movement.

(CNN) - Recently, there’s been controversy over the motion picture “The Hunger Games” and the casting choice for Rue, a character that the book’s author, Suzanne Collins, intended to be dark-skinned at the very least. Amandla Stenberg, a young black actress, plays Rue in a cast that also includes rocker Lenny Kravitz and actress Kimiko Gelman.

Some fans expressed disappointment all over social media that they didn’t think the character should be black and that they hadn’t envisioned a black child as this character to whom they gravitated to so ardently in print. One search on Twitter for Rue leads to a set of tweets ranging from subtly questionable to strangely racist.

Teens are the predominant target group for this movie. At some point, don’t we as a society have to step in and question what we’re teaching our children about race? Isn’t it our responsibility as caring adults to tell our children that our differences only make our country richer in experience? How do we get our young boys and girls to understand that the difference they see in skin color, facial features and accents don’t make other people any less human? How can we change the climate of America’s race relations to the point where more people believe that Rue, a fictional character, is still every bit the relatable figure for fans of the novel regardless of the race we assign to her? 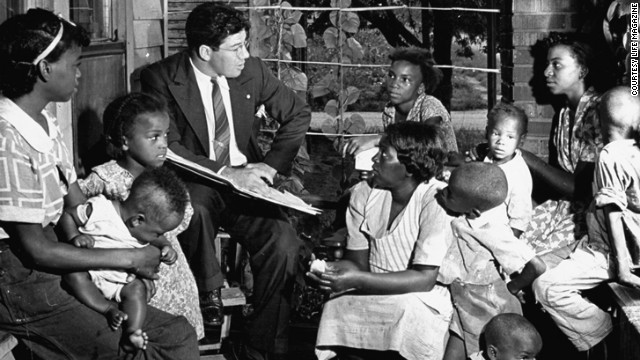 END_OF_DOCUMENT_TOKEN_TO_BE_REPLACED

Interracial marriage is at an all-time high, but more Asian-Americans are choosing to marry each other.
April 2nd, 2012
11:54 AM ET

As the number of interracial marriages rise, more Asian-Americans marrying within race  - The New York Times

In 40 years, there are more female athletes, but fewer female coaches - ESPN W.

Opinion: In wake of Trayvon Martin, how to teach kids to be "careful, not paranoid" - The Christian Science Monitor 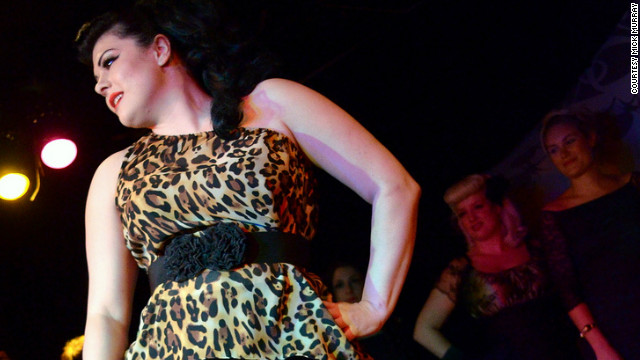 Editor's note: This is the fifth part of a six-week series on the perceptions of beauty. Last week, we looked at body image issues among men. Next week, we'll look at beauty across cultures.

For more on beauty and self-acceptance, read Kat Kinsman's essay, "Learning to love my big nose."

(CNN) - Lesley Kinzel is not a size zero. She's not a size 6 or 16 either. She wears a U.S. size 26, has no plans to change that and she'd be more than happy to share her style advice with you.

Kinzel, a 35-year-old associate editor at xoJane.com and author of the upcoming "Two Whole Cakes," is part of an increasingly popular online movement that celebrates fashion for larger women - without a tent dress or body-camouflaging cardigan in sight. The authors of so-called "fatshion" blogs - with names like Fat Girls Like Nice Clothes Too, Manolo for the Big Girl, Curves to Kill and Thicker Than Your Average Girl - seek to send an empowering message to their plus-sized sisters: We're here, we're fat, we look just fabulous - and you can, too.

"Fat" is a loaded word, often wielded as a weapon, but Kinzel hopes to lessen its power to wound.