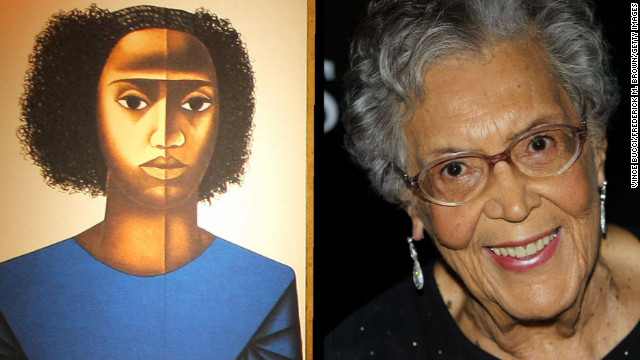 Catlett's work embraced a range of mediums, but much of her work featured the strength of African-American women.
April 4th, 2012
07:10 PM ET

(CNN) – Elizabeth Catlett, a leading African-American sculptor, painter and printmaker for much of the last hundred years, died Monday at her home in Cuernavaca, Mexico. She was 96.

"She's had to struggle as a woman, as an artist," said June Kelly, whose New York gallery has represented Catlett’s sculpture since 1993. "But she never wavered. That's what I found so marvelous about her - in knowing who she is, and never faltering about how she looked at the world, and women, and how she saw them forging ahead into society and making a place for themselves."

Born in Washington, D.C., Catlett was 16 when she was accepted with a scholarship to the Carnegie Technical Institute, now Carnegie Mellon University. But when she showed up at the campus in Pittsburgh, they turned her away because she was African-American. Later recognizing its mistake, Carnegie Mellon awarded her an honorary doctorate in 2008.

END_OF_DOCUMENT_TOKEN_TO_BE_REPLACED 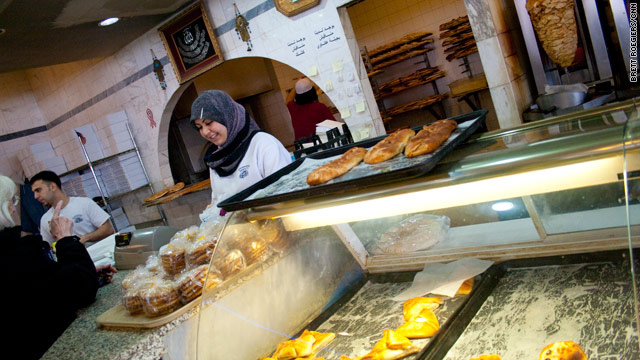 (CNN) - The number of Muslims in the United States is tiny – less than one in 100 Americans – but their votes could sway the results of the presidential election in November, a new study says.

That's because they are concentrated in a number of key swing states, says Farid Senzai, the author of the report.

Take Florida, for example, the state that famously swung the 2000 presidential election for George W. Bush over Al Gore.

Nauman Abbasi – the head of Emerge USA, which ran the phone bank – says efforts like his will increase Muslim voter turnout.

There are about 1.2 million registered Muslim voters in the United States, according to the study, "Engaging American Muslims."

More religious Muslims and those more involved in their mosques are more likely to vote, it found.

No African-American senators likely in near future

Washington (CNN) - Few might realize it, but Tuesday's primary elections might have quietly sealed the racial and ethnic makeup of the U.S. Senate for a couple of more years.

On Tuesday, C. Anthony Muse, thought to be the strongest black candidate for U.S. Senate this year, lost his Democratic primary race in Maryland, coming in a distant second to Sen. Ben Cardin, the incumbent. CNN found only one other African-American on a Senate ballot, a Florida candidate who isn’t getting much attention among a wide field of contenders.

Out of 100 U.S.  senators, two are Latino, two are of Asian or Pacific Islander ancestry, but none are African-American. Tuesday's primary losses mean a Senate body with relatively little racial or ethnic diversity will likely continue to have no black members for two more years.

"When I tell this to people, most of them are shocked and don't understand how in America that could be the case," said Muse, a Maryland state senator and preacher.

END_OF_DOCUMENT_TOKEN_TO_BE_REPLACED 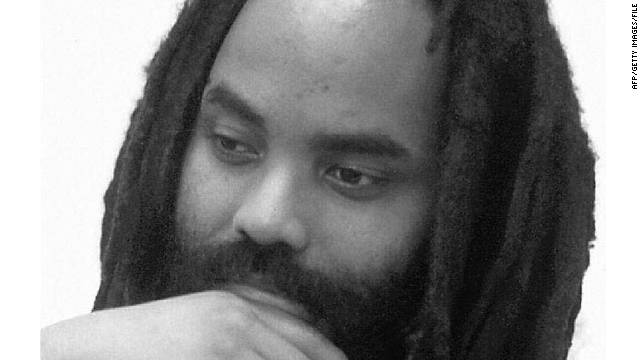 ESPN debuts first-ever 'This is SportsCenter' spot in Spanish - ESPN

Polo players from 'the bottom'

Editor's Note: This is the first of two pieces about Philadelphia's Work to Ride program.  The second will post on CNN's In America blog tomorrow.

See an earlier story about polo players from Philadelphia's inner-city who are breathing new life into one of the oldest sports.

Growing up, the brothers feared the streets in the West Philadelphia neighborhood known as “the bottom.”

It was almost a decade ago when they first stumbled upon a former mounted police stable in the heart of Philadelphia’s Fairmount Park being used by a group of kids now making headlines.

There they met Lezlie Hiner who offered the boys - then in middle school - a chance to ride horses in exchange for working in the barn through her non-profit, Work To Ride.

They haven’t looked back since.

(CNN) - Public debate is raging over how to describe George Zimmerman, the man who admitted shooting unarmed teenager Trayvon Martin. Is he Hispanic? Or white? Or both? Should his identity even be raised in the news?

Amid the whirlwind of controversy comes a new survey about why the label "Hispanic" doesn't always fit those it attempts to describe.

A majority of Hispanics or Latinos don't fully embrace those terms; instead, they most often identify themselves by their family's country of origin, said a Pew Hispanic Center study released Wednesday.

The report used the two terms Hispanic and Latino interchangeably, but Latino is often preferred by many because it is more inclusive, said Allert Brown-Gort, associate director of the Institute for Latino Studies at Notre Dame University. Latino includes everyone from Latin America while Hispanic - descended from a Spanish-speaking land or culture - may not.

It has been almost four decades since Hispanic and Latino surfaced in the cultural language of the United States. The federal government mandated them to categorize Americans who traced their roots to Spanish-speaking countries.

But the Pew survey found that only 24% of Hispanics prefer a pan-ethnic label like Hispanic or Latino. A majority - 51% - said they use national identity.