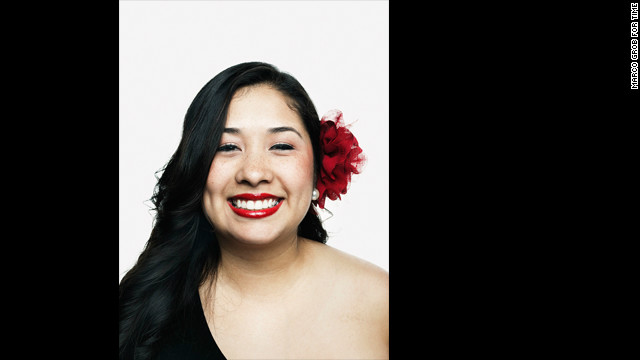 (CNN) - This week Time Magazine released its 100 Most Influential People in the World list. Among the presidents, CEOs and entertainers was a 27-year-old activist and undocumented Latina, Dulce Matuz.

Matuz has become a public face of undocumented students. She organizes protests and has been arrested.  CNN.com profiled Matuz last year as part of its coverage leading up to the documentary "Don’t Fail Me: Education In America."

Matuz first spoke out as an undocumented student in 2010 in Arizona. In 2008, she founded the Arizona DREAM Act Coalition. As the founder and president, she brings together youth of all backgrounds to campaign on behalf of  an estimated 65,000 undocumented students who graduate from high school in the United States each year, according to the Urban Institute.

Matuz found out about a month ago that she would be a part of the Time 100 list, which is chosen by the magazine’s editors.  Actor and activist Eva Longoria penned a description of Matuz, writing that she “represents the finest of her generation.”

“It’s been overwhelming. I am happy and honored - but this recognition is not for me, but for all the undocumented students and youth that work with me,” Matuz said.

“There’s lot of responsibility,” Matuz said. “We have 300,000 unregistered Latino voters in Arizona, and we have to let them know that even though I cannot vote, I have a voice.”

Matuz said even though recognition has led to her undocumented status becoming well-known, she’s never been afraid of what might happen to her.

“My mom told me that fear is from the devil, so I am not afraid,” Matuz said. “I just can't think about it.”

In Time, she said, "We are Americans, and Americans don't give up."