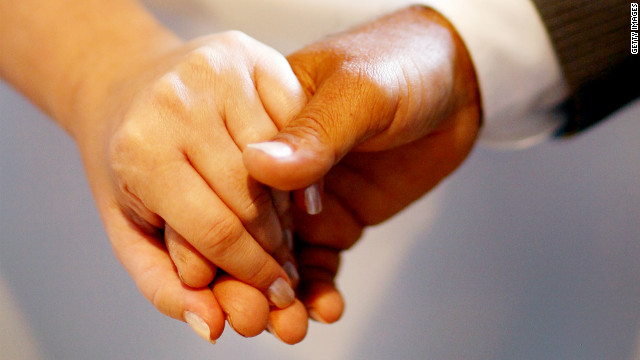 (CNN) - The number of interracial couples in the United States has reached an all-time high, with one in every 10 American opposite-sex married couples saying they're of mixed races, according to the most recent Census data released Wednesday.

The rate of interracial partnerships also is much higher among the unmarried, the 2010 Census showed.

The term interracial, as it pertains to the study, is defined as members of a couple identifying as of different races or ethnicities.

Analysts suggest the new figures could reflect U.S. population shifts, broader social acceptance of such unions and a more widespread willingness among those polled to be classified as mixed race.

END_OF_DOCUMENT_TOKEN_TO_BE_REPLACED 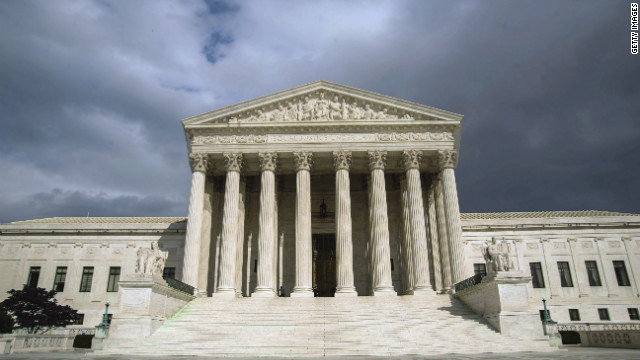 States throughout the country considering their own tough immigration laws are closely following the proceedings over what has become a thorny issue.

While intense oral arguments took place among the justices, outside there were competing demonstrations on the courthouse plaza, with the law's opponents saying it promotes discrimination and racial profiling. Backers say illegal immigration has created public safety and economic crises.

(CNN) - Jennifer Tyrrell dislikes public speaking so much that when she was in high school, she almost failed marketing because she didn't want to speak in front of the class.

But when the Boy Scouts of America made a decision that hurt her little boy Cruz, she did what any mother would do - set aside her own fear, spoke up and, with the help of family and friends, is fighting back.

"I've never been involved with any kind of activism or anything like that before, so this is all new to me," the mother of four said. "All I know is this has got to stop."

And by "this," she is referring to the Boy Scouts' policy of banning gays and lesbians from being members or serving as leaders. Earlier this month Tyrrell was forced to resign as den leader of the Tiger Cubs for Pack 109 in Bridgeport, Ohio, because the national office learned she is a lesbian. So even though everyone in the local chapter loved her, she was forced out by the discrimination that is woven into the organization's bylaws.