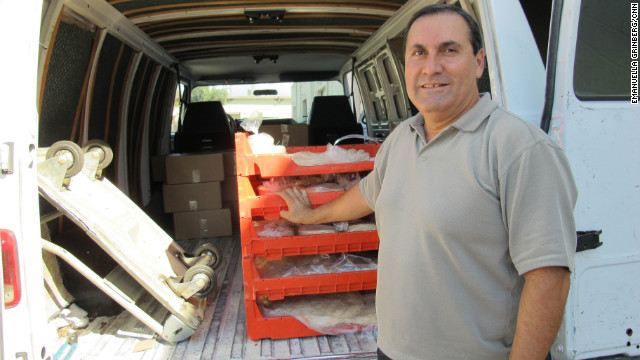 (CNN) - The past few years haven’t been the best for a man trying to make an honest living selling tortillas in Arizona. Business owner Sergio Paez estimates that he has lost 20 businesses as customers in the past three years, from small neighborhood taquerias to chain restaurants.

In 2010, his tortilla business was suffering thanks to the nationwide recession. Then Arizona Gov. Jan Brewer signed into law the state's controversial immigration enforcement policy known as SB 1070, and things got even worse, he said.

“The law affected the immigrant population dramatically,” said Paez, a naturalized citizen from Mexico whose Phoenix-area factory produces about 200 dozen tortillas an hour.

“The economy had already been going down with the housing crisis – construction stopped, people were losing homes, jobs, cars. That triggered the recession, but I think this law aggravated it here.”

With oral arguments before the U.S. Supreme Court this week for the Obama administration’s constitutional challenge to the law, the outcome will have far-reaching implications for Arizona and other states that have implemented similar policies since 2010.