Who makes the big bucks in America?

We all know that income is concentrated in the United States, but Sentier Research has crunched the data to show just who has the money. 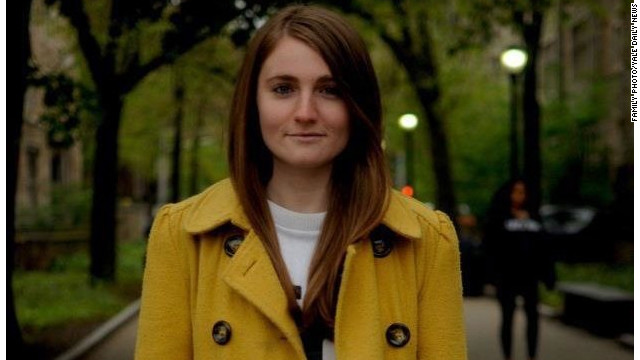 The Defense of Marriage Act was deemed unconstitutional Thursday.
May 31st, 2012
12:09 PM ET

(CNN) - A key part of the law banning federal recognition of same-sex marriage was struck down as unconstitutional by a U.S. appeals court Thursday.

The Defense of Marriage Act - known as DOMA - defines marriage for federal purposes as unions exclusively between a man and woman.

At issue is whether the federal government can deny tax, health and pension benefits to same-sex couples in states where they can legally marry.

"If we are right in thinking that disparate impact on minority interests and federalism concerns both require somewhat more in this case than almost automatic deference to Congress' will, this statute fails that test," said the three judge panel.

Editor's note:  Alberto R. Gonzales is the former U.S. attorney general and counsel to President George W. Bush. He is currently the Doyle Rogers Distinguished Chair of Law at Belmont University, and counsel at the Nashville law firm of Waller Lansden.

The right to vote is a precious privilege.

It provides the opportunity for every citizen to equally affect the future of our government no matter their last name, ZIP code or skin color.

It was my job as attorney general to protect the sanctity of every vote.

Based on my experience, voter identification laws serve as an effective deterrent to fraudulent voting.

I know there are concerns that such laws discourage voting and hurt minorities.

However, we should not abandon our efforts against voter fraud.

Instead, those concerns are best addressed by vigorous enforcement of existing federal regulations and laws, such as the Voting Rights Act, which provide protections against government actions that adversely affect the voting rights of minorities.

I condemn laws that discriminate based on race, and I support reasonable voter identification laws.

At the end of the day, I want to see more Americans voting, and states able to easily facilitate the right to vote.

The Hispanic vote is important in this election and future elections, and from my view, it is not voter ID laws that will prevent them from voting for President Barack Obama but his economic policies.

END_OF_DOCUMENT_TOKEN_TO_BE_REPLACED

(CNN) - The California Senate passed Wednesday a bill that would regulate therapies that purport to be able to change a child's sexual orientation - from gay to straight.

"The entire medical community is opposed to these phony therapies," Sen. Ted W. Lieu, D-Torrance, said after passage of Senate Bill 1172, which he introduced.

The bill is expected to go to the Assembly for an initial policy review next month.

Washington (CNN) - The first Latino president of the United States already has been born.

Henry Cisneros, the former San Antonio mayor who was secretary of the Department of Housing and Urban Development in the Clinton administration, made the suggestion three years ago in an interview with the Spanish-language news service EFE.

"I don't know if he or she's in elementary school or in law school or is already elected ... to public office, but I believe that that person is already alive, and we're 20 years or less away from having a Latino or Latina president," said Cisneros, whose own path to higher office may have been derailed by personal scandal and who today is executive chairman of CityView, an urban development investment firm.

When the day comes that Cisneros predicted, the man or woman behind the resolute desk in the Oval Office will represent an ever-increasing segment of the population. Latinos (or Hispanics, the official government term) made up 15.5% of the U.S. population in 2010, but by 2050 they're projected to approach 25% of the population.

The American, the online magazine of the American Enterprise Institute, calls the Hispanic electorate a "sleeping giant" yet to wake.

Whether or not Latinos' percentage in the electorate has kept pace with their growth in the population - and the data indicates that at present it has not - it may one day be enough to sway elections from the statehouse to the White House and stops in between. 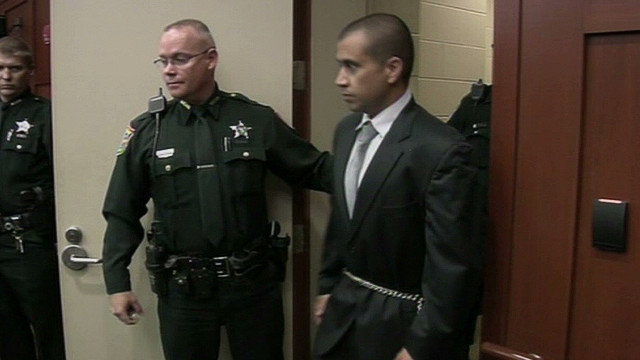 Editor's note: Mark NeJame is a CNN legal analyst and contributor and has practiced law, mainly as a criminal defense attorney, for more than 30 years. He is the founder and senior partner of NeJame, LaFay, Jancha, Ahmed, Barker and Joshi, P.A., in Orlando. Follow him on Twitter: @marknejame

(CNN) - Ever since the Trayvon Martin case came to national attention, George Zimmerman has been described by some as having racially profiled the 17-year-old before he was shot and killed.

There's a difference of opinion about whether racial profiling was actually involved, but a key question that is often overlooked is the distinction between profiling by a citizen and profiling by a member of law enforcement. That distinction is likely to be crucial in determining the direction the case may go.

As a criminal defense attorney for more than 30 years, I can't even begin to recall how many cases my firm has handled that involved challenging law enforcement officers for the practice of stopping or searching an individual based on what is typically referred to as racial profiling.

Essentially, racial profiling occurs when race, national origin or ethnicity is the primary or sole consideration used by an officer of the law when intervening in a law enforcement capacity. Racial profiling is a form of discrimination that is not only despicable, but also is an illegal and improper basis for any police officer to stop, search, arrest or investigate another person.

The issue of racial profiling has been bandied about often in discussions of Martin's shooting. As with many things concerning the case, much misinformation has circulated.

Zimmerman was not a law enforcement agent. He was a civilian, operating under different legal standards than those applied to the police. Merely because he was a neighborhood watch captain does not attach law enforcement status to him.

Tennessee mosque's fate again up in the air

(CNN) –The long-running battle between a Tennessee Muslim community and its critics over a new mosque took a dramatic turn with a county judge's ruling that could bring construction to a halt.

"Everyone is really shocked, many people are crying about this," Imam Osama Bahloul, leader of the Islamic Center of Murfreesboro, said early Wednesday.

The judge, Chancellor Robert Corlew, ruled Tuesday that plans for the new mosque that had previously been approved by a local planning commission were now "void and of no effect."

He said the planning commission violated state law by not providing proper public notice. The ruling throws the date of the mosque's completion, scheduled for July, up in the air. 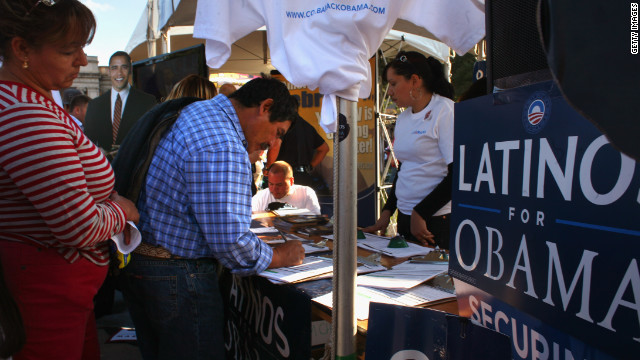 "It's insulting when they say we're going to disenfranchise the Hispanics," Bell said of the law that requires voters to present an ID such as a driver's license, passport, utility bill or birth certificate to vote. The suggestion, Bell said, is "because we're Hispanics we're inept to get an ID."

The debate over the wave of voter identification laws cropping up in more than 30 states is playing out against the backdrop of the 2012 general election's high-profile fight for Latino voters.

Women sue for right to fight in combat

"It stigmatizes women's service as not as important as male service," said Col. Ellen Haring, a plaintiff in the case."We're excluded from branches that allow career progression to the highest ranks."