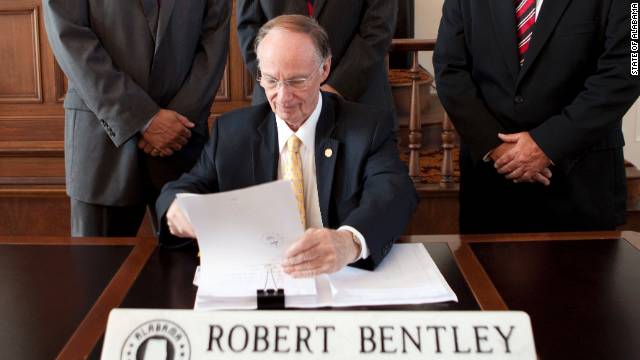 "(The law has) diminished access to and quality of education for many of Alabama's Hispanic children, resulted in missed school days, chilled or prevented the participation of parents in their children's education, and transformed the climates of some schools into less safe and welcoming spaces for Hispanic children," wrote Assistant Attorney General Thomas Perez, head of the federal department's Civil Rights Division.

The legislation, known as HB 56, has several provisions, including one requiring police who make lawful traffic stops or arrests to try to determine the immigration status of anyone they suspect might be in the country illegally.

A federal appeals court has blocked some components, however, including one requiring Alabama officials to check the immigration status of children in public schools.

Even with such changes mandated by the courts and others proposed by legislators, Perez argues in a letter to state Superintendent of Education Thomas Bice that the bill already has had negative effects.

He points to data provided by Alabama officials that, he says, shows that "Hispanic students absence rates tripled while absence rates for other groups of students remained virtually flat." That includes a sharp drop in those getting schooling through English as a second language programs, meaning they did not "receive the educational services to which they are legally entitled."