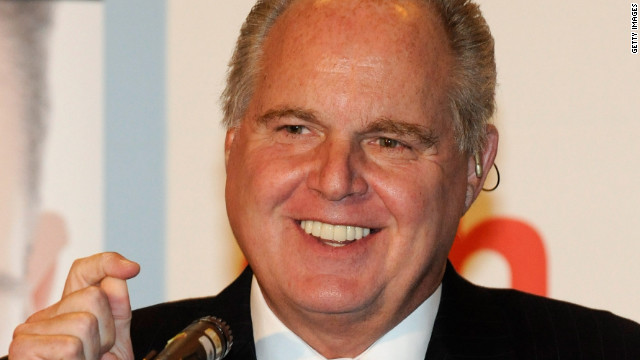 Conservative commentator Rush Limbaugh, who upbraided Roland Martin on his radio show for comments on racism
May 7th, 2012
10:30 AM ET

(CNN) - It's always funny to get tweets and e-mails from followers of radio entertainer Rush Limbaugh. None of them ever actually think of checking the facts out before they begin their ignorant, vile and rambling rants. I suppose that's to be expected because all they are doing is following their feckless leader, Limbaugh.

Last week I took to Twitter to express my disgust with the racist tweets sent to Joel Ward, the Washington Capitals forward who scored the game-winning goal against the Boston Bruins in the pivotal Game 7 of their first round matchup.

Ward, who is black, should have been praised for great play. Instead, he was insulted, ridiculed and called the N-word.

As a result, I sent out the following tweets:

- "It's no shock that a black hockey player is being called nasty vicious things for a game winning goal. Only folks in denial about racism are.

- "The reality is that weak-minded punks hide behind anonymous comments on message boards AND social media.