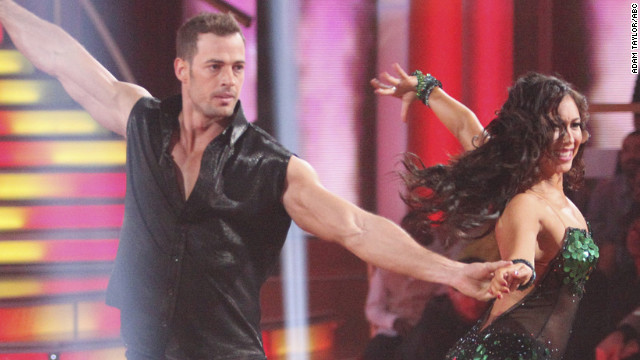 William Levy was a star before "Dancing," Cutié writes; why doesn't the U.S. understand the depth of its Latino population?
May 7th, 2012
07:17 AM ET

Editor's note: Fr. Albert Cutié is an Episcopal priest and former Roman Catholic cleric known as Padre Alberto or "Father Oprah." He is the author of the memoir, "Dilemma: A Priest's Struggle with Faith and Love" and hosted the talk show "Father Albert." He's on Twitter @padrealberto.

(CNN) – Recently, at the end of a long day at work, I watched a reality TV show with my wife. I was stunned when the host referred to a Hispanic and American actor as someone who “became a celebrity overnight.” William Levy regularly appears on prime-time programming seen by millions of Hispanics and Latinos in the United States and throughout Latin America, but only now that he’s on “Dancing with the Stars,” he is a star.

I couldn’t believe what I was hearing. Did this host have any idea just how many of us there are in this country? How much programming, marketing and advertising is produced daily for Spanish-language networks in the United States? To say that a Hispanic-American television personality “became a celebrity” because he appeared on an English-language program is to ignore the great impact of Hispanic and Latino population.

According to the 2010 Census, the Hispanic population surpasses 50 million people and it accounts for about 1 out of 6 Americans. That’s a lot of people, and we didn’t just get here. As someone who has spent several years working in media, I’m often surprised how in the United States, this wonderfully pluralistic nation of ours, we often hear people speak of Latinos and Hispanics as if we were all of the same exact culture, race and ethnicity. It bothers me to hear people say, “but you don’t look Hispanic,” as if there is only one appearance in our big umbrella of races and cultures.

I sometimes want to say, “We have been around here a long time, how many of us have you met?” Yet, being polite and not wanting to turn a casual conversation into a politically incorrect racial-social conflict, I usually let it go.

So what will unite us, whether we look like Levy, Jessica Perez, Marco Rubio?

Perhaps the insistence of one of my Twitter friends, Jorge Ros Sr., is totally right: We should begin to call ourselves “Hispanic-Americans.”

This would bring all of us, regardless of race, under one umbrella and it would make it easier for us, as a minority, to be identified in a more unified way.

I even find myself often using the terms Latino and Hispanic interchangeably, sometimes wondering which ethnonym is more “kosher” or generally accepted today. No one seems to have the final word on the best word, so the controversy continues, mostly due to the diversity of ethnicities, races and countries of origin within the Hispanic American community. It is important for people in the mainstream - whatever that is anymore - to know more about us. Ignorance about the Hispanic and Latino population means ignorance about a big part of American life today.

Maybe the issue which underlies all of this is that we live in a totally new and diverse world, one that is so diverse in race, culture, languages and ways of understanding life, that we must allow ourselves to seek better ways of truly understanding and identifying all this diversity.

But first, I believe that as Hispanics or Latinos, whichever you prefer, we must learn from the African-American and Asian-American communities which have largely united under one ethnonym that encompasses all, even with the diversity they possess.

The opinions expressed in this commentary are solely those of Fr. Albert Cutié.