Opinion: How to employ veterans when they come home

Editor’s Note: Ted Daywalt is president and CEO of VetJobs, a military job board. He served on active duty in the Navy as a line and intelligence officer and retired as a captain after 28 years. He later served in private industry as a plant manager and as an executive in the steel, electric utility, importing, chemical and recruiting industries. “Voters In America: Vets Wanted?” is the first part of In America's documentary series on American voters.  J.R. Martinez narrates the documentary  re-airing May 19th at 8 p.m. ET Saturday on CNN.

By Ted Daywalt, Special to CNN

In the 1970s, when I served, veterans would not mention they had been in the military, much less Vietnam. Discrimination against these veterans was immense, and in 1974, Congress passed the Vietnam Era Veterans Readjustment Assistance Act to prohibit the discrimination and provide more opportunities.

Now, we are more reliant than ever on the National Guard and reserves to protect our country.

END_OF_DOCUMENT_TOKEN_TO_BE_REPLACED 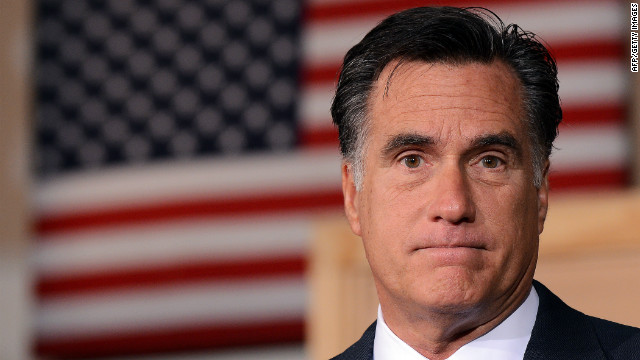 Presidential candidate Mitt Romney has been accused of bullying a young man presumed to be gay, and has since apologized.
May 11th, 2012
01:09 PM ET

King was poised to join Graham on one of his barnstorming crusades, but would do so only on one condition. He asked Graham to publicly speak out against segregation, a request Graham declined, says San Diego State University historian Edward Blum.

“What Graham feared was losing all of his influence,” Blum says. “For him, personal salvation was primary, justice secondary. For King, justice was primary.”

After President Obama this week became the first sitting president to endorse same-sex marriage, black clergy and churchgoers could face a similar question to the one that fractured King and Graham: Should my ideas about personal holiness trump my notion of justice?