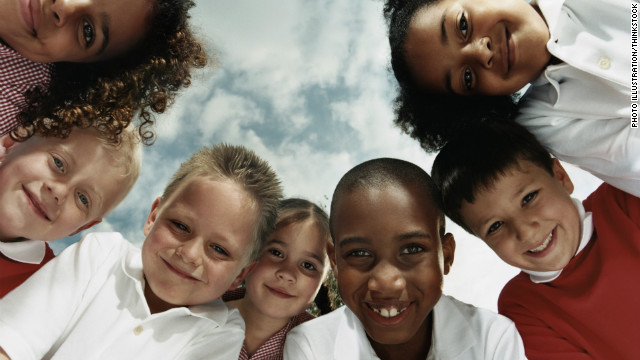 Editor’s Note: Rinku Sen is the President and Executive Director of the Applied Research Center (ARC) and the publisher of Colorlines.com.

By Rinku Sen, Special to CNN

(CNN) –With the news that, for the first time in U.S. history, the majority of American babies are not white, it should put to rest use of the term “minorities” as a reference to America’s black, Latino, Asian and Native American residents.

Nearly 30 years ago, I learned to think of myself as a person of color, and that shift changed my view of myself and my relationship to the people around me.

It is time for the entire nation, and our media in particular, to make the same move.

I am an Indian immigrant, and became a citizen in 1987.

My family came to the States in 1972 when I was five, just seven years after Congress passed the
Immigration and Nationality Act of 1965, which removed bans on Asian immigration.

My father was a metallurgical engineer and we lived in predominantly white factory towns in New York and Pennsylvania.

All I ever wanted was to be fully American. But everything around me, from the population to the television, taught me that being American meant being white.

I lived in a household, similiar to others, where only white people were called Americans, and everyone else got a more specific title (black, Indian).

I grew up with the weird mix of pandering (“You’re such a genius like all your people! Let’s skip you to seventh grade!”) and exclusion (none of the white girls showed up to my 13th birthday party, and no, they didn’t call) that I would later learn characterized the “model-minority” experience of many Asian Americans.

Not yet aware that it was not only me who was treated this way, I had to develop alternative explanations to deny the racial reality in which I found myself, searching for “anything-but-race” reasons for my experiences.

At the beginning of my sophomore year at Brown University in 1984, the African American, Latino and Asian student groups ran a campaign for campus-wide policy changes – more professors, new curriculum, a new Third World Center.

One night I was with my friends Yuko, a Japanese national who had been raised in the U.S., and Valerie, a biracial black and white woman, who wanted me to attend a rally the next day.

I gave them the 1980s version of “I’m not feeling that.” And they gave me a serious talking-to. “You’re not a minority,” Yuko said. “you’re a person of color.”

I went to the rally.

It was the first time since immigrating that I felt I belonged in an American community.

That was the moment I realized that being an American wasn’t about looking like Marcia Brady. It was about making a commitment to the community you were in, and doing all you could do to make that the most inclusive, most compassionate, most effective community possible.

I have been building multiracial social justice organizations ever since.

Long before the press starting talking about changing demographics, community organizers needed to connect the communities that fell under the “minority” rubric.

Our specific groups were outnumbered by whites. But when we came together, the proportions shifted in a way that forced institutions to deal with us.

The term “people of color” has deep historical roots, not to be confused with the pejorative “colored people.”

"People of color" was first used in the French West Indies to indicate people of African descent who were not enslaved as "gens de couleur libre," or "free people of color,” and scholars have found references to the term in English dating back to the early 1800's.

American racial justice activists, influenced by Franz Fanon, picked up the term in the late 1970s and began to use it widely by the early 80s.

As an Indian immigrant, calling myself a person of color enabled me to identify with African Americans, Latinos and Native Americans.

The new identity freed me from the model-minority slot that I had been given by the media, politicians and by Americans themselves.

To build a multiracial movement, I had to expand my identity in a way that tied me to African Americans’ struggle to access the promise of the American dream, rather than as the ringer that would suppress that struggle.

“People of color” is now commonly used far beyond political circles, as “minority” fades into the category of things that used to be true.

It is past time for the media and the general public to embrace the phrase.

The opinions expressed in this commentary are solely those of Rinku Sen.