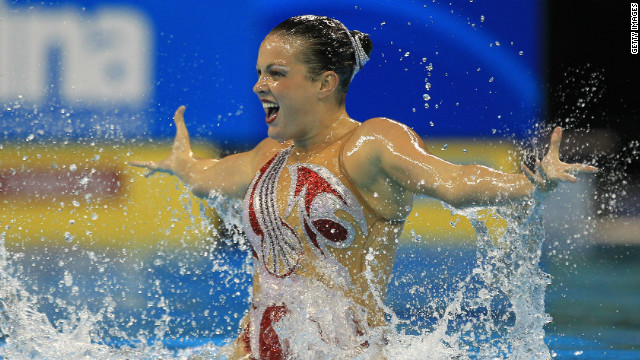 Mary Killman competes for the United States in the Solo Tech final at the 2011 World Championships held in Shanghai.
May 24th, 2012
03:00 PM ET

By Paul Gittings, for CNN

(CNN) - A century after her childhood inspiration Jim Thorpe won two gold medals at the Stockholm Olympics, synchronized swimmer Mary Killman will be competing in her first Games in London this year.

Like the legendary athlete, Killman comes from a part Native American background in Oklahoma, and is a registered member of Citizen Potawatomi Nation (CPN).

Thorpe, who grew up in the Sac and Fox Nation, was spoken of in hushed tones by her elders.

"I'm very proud of my background," Killman told CNN. Her tribe are proud of her as well, regularly highlighting her achievements in their publications.