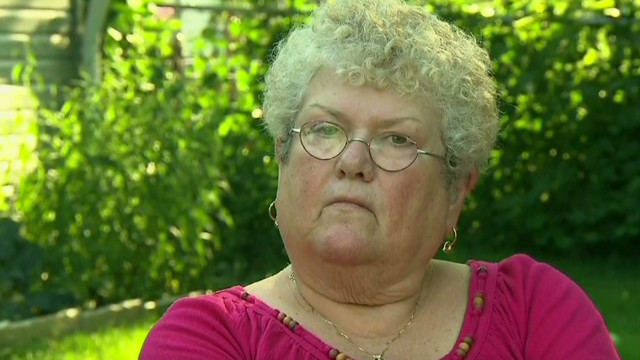 Students who bullied N.Y. bus monitor are suspended for a year

(CNN) - Four middle school students caught on camera verbally abusing their bus monitor have been suspended for a year and will be required to complete 50 hours of community service, school district officials said Friday.

Recorded by a student with a cell phone camera on what was the second-to-last day of school, the brazen bullying went viral and spurred international outrage.

The incident occurred in Greece, New York, near Rochester.

"Following individual meetings this week with school and district administrators, each family waived their right to a hearing and agreed to one-year suspensions from school and regular bus transportation," the Greece Central School District said in a statement.

The students will be transferred to the district Reengagement Center, it said. Each will also be required to complete 50 hours of community service with senior citizens and must take part in a formal bullying prevention program.

(CNN) - Even though he misled the court about his finances, George Zimmerman should not be jailed as he awaits trial for the death of Trayvon Martin because the state's case is weak and his claim of self-defense is strong, defense attorney Mark O'Mara argued Friday.

O'Mara asked that Zimmerman be released on the same $150,000 bond granted by Judge Kenneth Lester Jr. in April after Zimmerman's wife and family testified they had little money. In reality, Zimmerman and his wife had collected more than $150,000 in donations from the public.

Lester revoked Zimmerman's bond on June 1, after learning that the defendant and his wife had failed to disclose the donations. The judge did not immediately rule on O'Mara's new bond request, which prosecutors opposed.

Lester did not say when he would rule, but O'Mara told reporters after the hearing that he expects the judge to spend the weekend reviewing the evidence before ruling.

(CNN) - The U.S. Air Force has now identified at least 31 women as victims in a growing sex scandal, a four-star general said Thursday, and there might be more. The Air Force is broadening its investigation to "actively seek any others that may have been affected by this," Gen. Edward Rice, the commander of Air Force Training, said.

"We are taking a comprehensive look not only at the cases that we know, but trying to do the best we can to assess whether or not there are other cases out there," Rice told reporters at the Pentagon.

Rice said the Air Force had taken "the unprecedented step" of shutting down all recruit training for one day to give a written survey to all basic military trainees at Lackland Air Force base. The Texas base has become the focal point of the growing scandal.

One trainer has pleaded guilty to having an improper relationship with a trainee, as part of a plea agreement.

Staff Sgt. Peter Vega-Maldonado has been sentenced to 90 days in prison, 30 days hard labor and a demotion in rank and pay. In his plea deal, he also provided testimony against two other trainers who have been charged. He also said he had inappropriate relationships with 10 trainees.

The scandal came to light in June 2011, when a young female trainee came forward and accused her male instructor of assaulting her. Staff Sgt. Luis Walker now faces a general court-martial on 28 charges, including rape, adultery and aggravated sexual assault. He is scheduled to appear in court July 16. 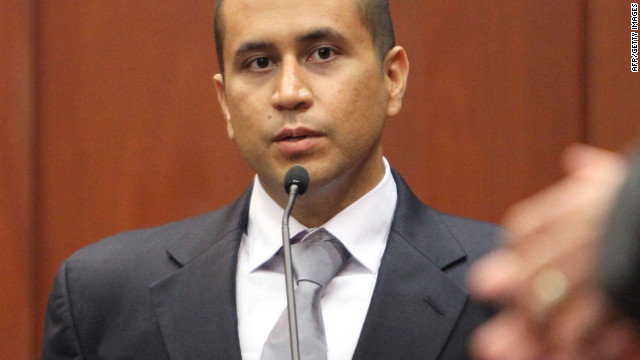 Editor's note: Congressman Mike Honda represents Silicon Valley, California, in Congress. He is an educator of more than 30 years, the author of the landmark Commission on Equity and Excellence in Education now housed in the Department of Education and the Chair of the Congressional Anti-Bully Caucus.

By Mike Honda, Special to CNN

(CNN) - My experience with bullying began with a presidential order.

At the height of World War II, on February 19, 1942, President Franklin D. Roosevelt signed Executive Order 9066, incarcerating more than 120,000 Japanese Americans. My family and I were imprisoned behind barbed wire at the Amache internment camp in southeast Colorado. I was less than a year old.

Sadly, the internment of Japanese Americans spread fear and intolerance far beyond the wire and towers of the camps. After the war, during my early years of public school, I was often confronted and insulted because of my appearance and ethnic origin. As a result, I struggled as a student. I was shy to speak up. I lacked self-esteem.

In the 70 years since internment, our nation has made great leaps in providing reparations for the internment and ostracizing of Japanese Americans. But the mistreatment of people thought of as "outsiders" or "different" is a problem that has not gone away.

Today the health, safety, competitiveness and moral fiber of America is threatened by an epidemic that affects more than 13 million children each year.

What the health care ruling means to you

(CNN) - The Supreme Court's decision Thursday to uphold the Affordable Care Act means that the predictions about how it will affect all Americans remain in place.

Here are some highlights:

The decision leaves in place the so-called individual mandate - the requirement on Americans to have or buy health insurance beginning in 2014 or face a penalty - although many are exempt from that provision.

Because the requirement remains for people to have or buy insurance, the revenue stream designed to help pay for the law remains in place. So insured Americans may be avoiding a spike in premiums that could have resulted if the high court had tossed out the individual mandate but left other requirements on insurers in place.

Millions of young adults up to age 26 who have gained health insurance due to the law will be able to keep it. The law requires insurers to cover the children of those they insure up to age 26. About 2.5 million young adults from age 19 to 25 obtained health coverage as a result of the Affordable Care Act, according to the U.S. Department of Health and Human Services.

Two of the nation's largest insurers, United Healthcare and Humana, recently announced they would voluntarily maintain some aspects of health care reform, including coverage of adult dependents up to age 26, even if the law was scrapped.

14 years ago, Jasper, Texas made headlines when James Byrd, Jr., a black man, was chained to a pick-up truck and dragged to death by three white men.

Today, the town says it is again divided, after Rodney Pearson, the first black police chief, was fired.

(CNN) - Edwin J. Fizer got off the train to report for training at Montford Point, North Carolina in the summer of 1942. He, like all proud Marines, had to prove his mettle.

Except, Fizer had another tough hurdle. He was black, and until then, the U.S. Marine Corps had been all white.

But in June, 1941, President Franklin D. Roosevelt issued an order that began to erase discrimination in the armed forces. The Marines were the last to open up and the next year, Fizer was among 18,000 young black men who trained - not at Parris Island - but at a segregated facility in Montford Point, North Carolina.

"It was one of the worst times of my life," said Fizer, in Atlanta Saturday for the annual gathering of the Montford Point Marines. "I was fighting the war on racism and Jim Crow and at the same time getting ready to fight a war overseas."

The history-making Marines never received the same recognition as the famed Tuskegee Airmen, African-American pilots who fought in World War II. But the few Montford Marines who are still alive reunite each year at their convention and hope to spread the word about the path they paved.

Female writers to Nora Ephron: 'I'll have what she's having'

(CNN) - The romantic comedy is not a movie category necessarily known for churning out Oscar nominees, but in the capable hands of Nora Ephron, the "rom-com,"  a genre that elicits as many rolled eyes as clutched hearts, was a smart and lovely thing.

In the oft quoted scene from "When Harry Met Sally," for which Ephron earned a screenwriting Oscar nomination, Sally, played by Meg Ryan, imitates a moment of pleasure with great exaggeration, before promptly stopping and having a bite to eat.  A neighboring diner looks at Ryan, then at her waiter, and deadpans:

"I'll have what she's having."

Ephron was a writer's writer: journalist, book author, playwright, blogger, editor, director. In the process, she became a symbol to a generation, similar to what  Dorothy Parker, the journalist known for her wit, was to her: an example of an intelligent, witty writer of a generation.

"I’m not going to lie: since I first learned of Nora, when I understood the body of her work, I wanted to be like her," Forbes contributor Liza Donnelly wrote.