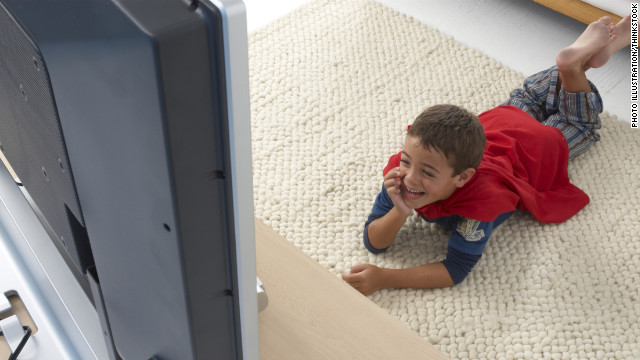 (CNN) - We've heard it all: from the correlation between TV viewing and childhood obesity to the idea that excessive TV viewing can negatively affect children's grades.

But according to a new study, watching TV might actually boost your child's self-esteem - that is, if he's a white male.

Parents of white girls and African-American children, however, might want to limit the amount of time their kids spend in front of the tube. The self-esteem of white girls, black girls and black boys decreases with TV consumption, says the study, published in Communication Research.

Over the course of one year, Kristen Harrison and Nicole Martins surveyed about 400 black and white Illinois students. All of the 7- to 12-year-olds are from lower-middle to upper-middle socioeconomic communities, said Harrison, a professor of communication studies at the University of Michigan. Black children surveyed, on average, spent an extra 10 hours watching TV each week.

With the definition of self-esteem being an overall feeling of self-worth, Harrison told CNN, kids were asked reverse-coded questions such as, "Are there a lot of things about yourself you would like to change?"

While the study focused solely on how the amount of time spent in front of the TV affects a child's self-esteem, the programs likely are what give white boys a confidence boost, said Amy Jordan, director of the Media and the Developing Child sector of the Annenberg Public Policy Center of the University of Pennsylvania.