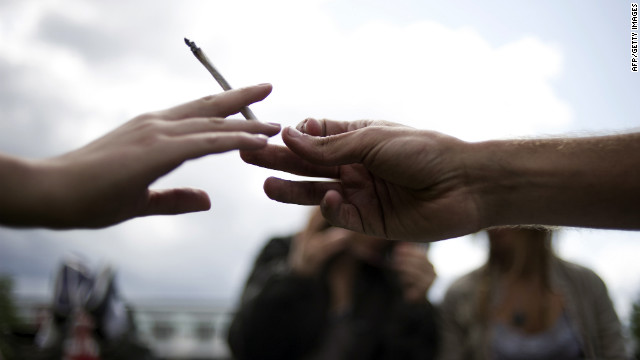 In New York, if this marijuana were in a pocket, possession would not be a crime. Hakeem Jeffries says the law is inconsistent.
June 7th, 2012
08:07 AM ET

By Hakeem Jeffries, Special to CNN

(CNN) - More than 50,000 people in 2011 were arrested in New York City for possessing small amounts of marijuana - the majority of whom were black and Latino - at a considerable judicial and financial cost. New York City spends about $75 million every year on arresting people for recreational marijuana possession.

But what many people don't know is that the state decriminalized this offense more than 30 years ago, making private possession of less than 25 grams of marijuana a violation punishable by a $100 fine. Possession of the same amount in public view remains a criminal misdemeanor.

Despite this change in law, arrests for small quantities of marijuana over the last decade have skyrocketed, with more than 400,000 people arrested and unceremoniously run through the criminal justice system. Marijuana possession is now the No. 1 arrest category in New York.