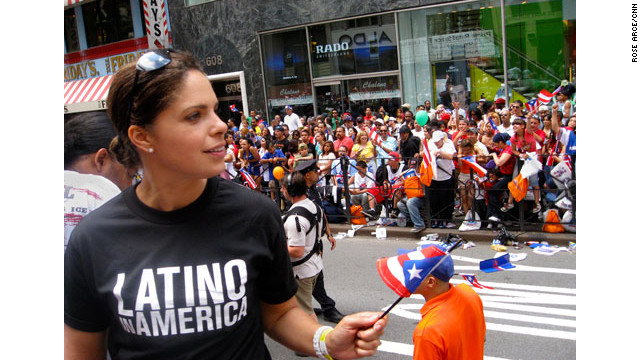 With images of Puerto Ricans, it's one step forward, one step back

(CNN) - Somewhere, out there in Winter Park, Florida, a lechon is about to hit the grill. From Cleveland, a planeload of Buckeye Boricuas will fly to New York, where Mayor Mike Bloomberg has already begun showing off his emerging Spanish skills. It’s time for the National Puerto Rican Day parade which, much like Cinco de Mayo, is another annual American assessment of all things Latino.

In case you’re lost by now, a lechon is a slab of suckling pig and Boricua is slang for Puerto Rican. I knew nothing about this stuff when I was introduced to the Puerto Rican parade 25 years ago after arriving in New York for college. My parents are Peruvian immigrants.

I was fascinated by the enormity of Puerto Rican culture and the conundrum Puerto Rico created for the United States: How could a country have such an uneasy relationship with Latino immigration when it had nearly 4 million Spanish-speaking Latinos born into U.S. citizenship?

The flag of the commonwealth of Puerto Rico looks a bit like an American flag knock-off with one distinct difference: The red and white stripes are joined by a big white star inside a dark blue triangle, a star too big to fit comfortably inside the American red, white and blue.

That says all you need to know about the U.S.-Puerto Rico relationship. END_OF_DOCUMENT_TOKEN_TO_BE_REPLACED