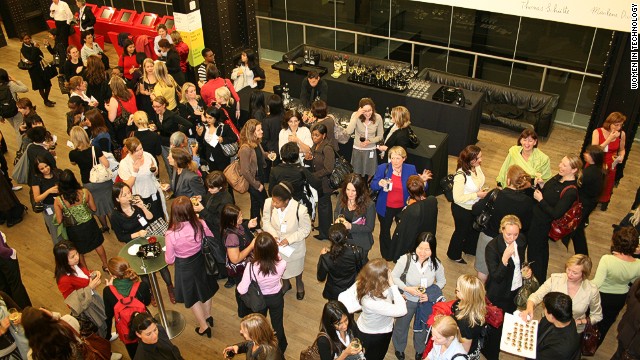 Report: Women, more than men, develop talent in the workplace

(CNN) –Nancy Bauer began working at a time when jobs were sometimes classified by gender. At her first two employers, she was the sole woman.

Now 60 and successful as a senior partner at Fleishman-Hillard International Communications, Bauer reflects on a career laden with pitfalls for women. She credits much of her corporate success to female colleagues who stopped to listen and discuss ideas. They were women who helped Bauer get ahead.

"There was this thinking: We all have to help each other," she says.

"I am more likely to help women because I was helped," she says. "That's my nature. I win, you win, we all win."

If you ask Bauer, the sisterhood is alive and well in the American corporate workplace.

But public perception of corporate women is often the opposite.

Many see alpha females who will cling to power at any cost. The ones who will stomp all over other women, not think twice about putting them down. The kind of women who make anyone wish for a male boss.

Ilene H. Lang, president and CEO of Catalyst, says the research and advisory organization's latest report published Tuesday helps dispel that myth about women. The data, she says, takes the sting out of the notion of queen bees running the show.

The report finds that women - 65% - are more likely than men - 56% - to develop potential talent, to help cultivate emerging stars and help them move up the corporate ladder.

And 73% of women developing others are developing women, compared to 30% of men helping women.

"I'm not saying there are no queen bees out there," Lang says. "What I am saying is that the majority of women in leadership are very supportive of women."

The report finds that many of the women and men who help others are like Bauer and Lang. They themselves benefited from a colleague or boss who reached out to them - 59%.

Lang says she got the three biggest breaks in her career because of doors opened by women.

"In my own career, before I knew to call them sponsors, they were my fairy godmothers - women who helped me by putting me forward for fantastic career opportunities and supporting me by always being there with thoughtful advice, confidential outreach and backside protection," Lang says.

From day one, Catalyst found a gender gap in terms of pay discrepancies, says Christine Silva, the organization's senior director in research. But the perceptions of women and the way companies treated them also became barriers to women's abilities to move upward.

Women don't aspire to the top was one myth. They take time out for their kids, so they hurt their careers. Another stereotype is that women don't like to help other women.

All of it put the onus on women; that they were responsible for lagging behind.

Lang says the latest Catalyst study is one in a series that seeks to debunk popular beliefs of why women don't get ahead.

She believes employees are shaped by their leaders and by the values set by their company.

The idea that women are more competitive with each other has nothing to do with gender and everything to do with the way corporations expect people to behave, Lang says.

In the end, Lang says, diminishing the gender gap is not about women's behavior. It's about what the leadership of a company is doing.

Lang hopes companies will look at the data and think about what it will take for everyone to pay it forward.

"We believe decisions have to be made based on the facts," she says. "We're not about fixing women. "We are about fixing the workplace.

"One of the things we know about stereotypes is that they live a long, long time and they die a very slow death," Lang says.

She's hoping the belief that women are somehow helping keep women down will fade quickly.

For Bauer, of course, the myth has been just that.

"Everyone focuses on the wicked witch," she says. "I think women naturally pay it forward."

They don't have to think about it, she says. They just do it.